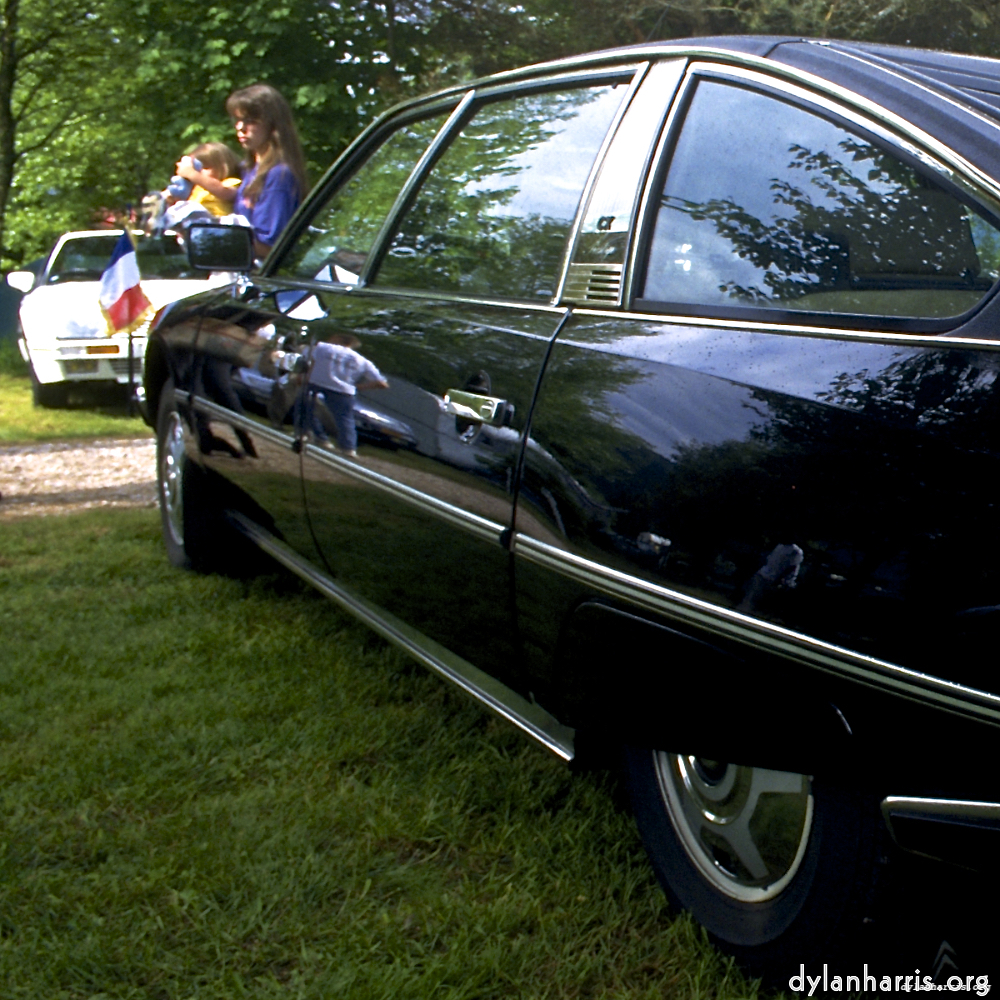 The Satellite / Cable edition of Top Gear will include a section on the CX presented by the editor of Classic Cars. From the short snippet of script that I saw when it was being filmed, the overall feel will be very positive, with the host assuring us the CX is one of the most stylish cars ever made and now is the time to buy them before the prices start shooting up (I wish!). There is also an interview with Roger Bradford, of The CX Centre, which I didn’t get to hear.

Five cars turned up for the filming at a school in Huntingdon. The Presidential (my low profile Prestige with serious quantities of modifications made by Chapron for the French government), the only series 1 car, was joined by a black Turbo 2, a “Pearlescent” Prestige, and a red and a grey car whose details I rather foolishly missed. The opening sequence ends up in the S2 Prestige. I’m glad to say the closing sequence was filmed with the Turbo 2 and ended with the host being driven into the sunset in The Presidential.

The item should be going out on Sunday week (April 12th) or soon thereafter.

Erm … has anyone got cable and a video recorder?