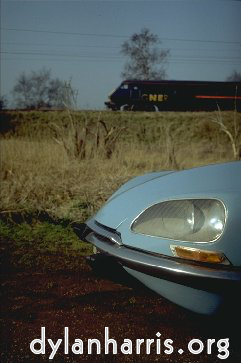 I own some fairly elderly Citroëns, including Doris, my D–Super, and a variety of series one CXs. Unfortunately, a new, nicely lucrative contract meant I ran the risk of putting too many miles on them, even if carefully distributed amongst all the classics. I had to get a new car.

No doubt like some readers (making an assumption), my neighbours, family, enemies, friends, colleagues and even my cats seemed to assume I’d automatically buy a Citroën, so I decided I had to go for something else. I’ll admit this was partially to be able to prove how wonderful the old ladies are in comparison, partially because I don’t really like the looks of the modern Citroëns, but mainly to wind the b*stards up.

My list of requirements exhibited my usual irritating snobby fussiness. I needed a long–distance cruiser, which knocked out sports cars and the like. I wanted a car with an elegant drive. I didn’t want a tart–mobile for men, thus no BMWs: actually, my brother’s just about to buy one, but he does live in the States where they have a completely different social reputation. There are too many Audis amongst my profession. I wouldn’t touch a rep–mobile—no Mondeo—and definitely not one with a fat arse—no Vectra. I didn’t want an off–road van with windows, because I don’t need to go off road, and I don’t like vans whether or not they’ve got windows (you’ve got to admit, though, that the new Berlingo is honestly named). I like the look of a Jag, but I can’t afford one. A recent edition of the BBC’s Panorama asserted that Mercedes, Volvo and VW are running a price–inflating cartel in the UK, so I wouldn’t go near them or their derivatives.

The side–roads here in the fens are long, straight, and desperately bumpy, so you can bomb down them at high speed and really feel how poor roads can be. I recently drove a Fiat Brava at (cough) along one such road, and the rough bouncing was so dreadful I felt ill. I did not want to repeat such an experience; I had to have a car with a good ride.

I test drove some cars. Not surprisingly, no dealer let me bomb down fen lanes, so I had to compare ride quality on ordinary roads—which probably saved me some nasty experiences. Most cars failed miserably. After the luxury of old Citroëns, I found the offerings from most modern manufacturers to be dreadful. How can they get away with producing such crap? They’ve had half a century to come up with something to compete with the hydropneumatic system, yet their cars feel as though their suspension was carved by a stoned mason. I was forced to go for a Citroën after all.

I’d have liked a car that looked good, but there is no such new car, for cruising, available in my budget. Indeed, in my opinion, there are no beautiful cars made at all today. I had considered the current Citroën range to be anonymous Euroboxes with what little visual appeal they have limited by their similarity to other cars. Imagine my surprise, then, when sitting down and comparing the alternatives, to discover that the XM is somewhat distinctive. Unfortunately, unlike many, I think it’s rather ugly; I feel the sharp angled rise on the back doors simply does not work. I do wonder whether Citroën had two designs for the car and couldn’t choose between them, so combined them, but only noticed they didn’t align after they’d started the manufacturing process.

I decided I’d like to try Xantias Activa and Exclusive, but no local dealer had any in stock. However, Bramley Park had a new XM v6 Exclusive available for a test drive, so I gave it a go. I liked the auto–adaptive gearbox; it’s very smooth indeed. The fact the colour and plates are right was icing on the biscuit. They offered me enough of a discount so I could afford the repayments. Since there are no beautiful cars made today, I decided I might as well go for a short fat ugly thing with an arse the size of Hampshire—rather like me, really. And it is full of silly toys—what justification is there, honestly, for electric height adjustment on the central armrest?! Toyz for the boyz—that’s for me! 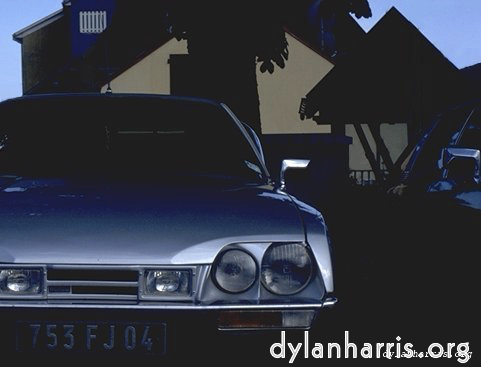 So what’s it like to drive a new v6 XM? On the negative side, I have a few niggles and one rant. The seats offer neither the settee depth of a DS, nor the low comfort of a CX. My hands are always tripping up on the excessive number of spokes on the steering wheel. I do wish the freezer part of the fridge in the cocktail cabinet wasn’t quite so slow at making ice.

The rant concerns the teenage–style indicators that insist on switching off when they want to, and always get it wrong. (Rant Mode: ON) Come on, Citroën, if I’m turning right at the roundabout, I do not want the bl*sted indicator switching itself off before I’ve even got to the damn thing. Your indicator control used to work properly; e.g. they should switch off when they’re told to, AND NOT BEFORE. Make the controls configurable, and you can satisfy the needs of the mentally deficient who haven’t quite worked out how to switch indicators off, without making it quite so blindingly obvious that you consider all your customers fall in that category. (Rant Mode: OFF)

The car has many good points. As fast car drivers will know, it’s great to have a car that shifts, that can take off from impatient willies in smoking white vans trying to play ‘push your bumper up your arse’. I’ve hardly heard a dicky–bird of noise, even over a ton (Deutschland ist wünderbar, ja?), which is excellent. And the car is so smooth on the road, and so smooth in acceleration, that I’m beginning to wonder whether I should polish it with Brylcreem. Placing the CD–Autochanger under the front passenger seat is a pleasant touch. I like the foot parking–brake, and prefer it to the DS.

I’ll say the Hydra–Active 2 suspension is not as good as a DS or CX on straight stretches of road, but it’s great for zooming round corners and it’s one hell of a lot better than the non–Citroën alternatives. I was driven to the dealer to pick up the car in a Mondeo taxi, and the difference between the XM and the Ford was instantly noticeable. Many of you will know that DSs and CXs only need slow down for all but the starkest sleeping policeman if there are other cars around—well, I can happily confirm my new XM passes this test too. The one thing the dealer wouldn’t give me was a Year 2000 guarantee—he didn’t understand what I was on about. Still, if modern vehicles with computers all fail when the millennium comes around, I’ll just go back to Doris, my D–Super. She’ll gleefully gloat past stilled new cars.

Since I wrote the text above in 1998 the computer contracting market’s collapsed, my income’s been reduced by two–thirds, and I’ve had to give the XM back to the never never man. I’ve also, regretfully, sold Doris. But my opinions haven’t changed.