This ePoetry conference consisted of four evenings of performances and three days of papers. The papers will slowly appear on the conference website.

I’m not nearly knowledgeable enough to provide anything resembling a sensible commentary on any of the papers, so I won’t—with the exception of one theme. 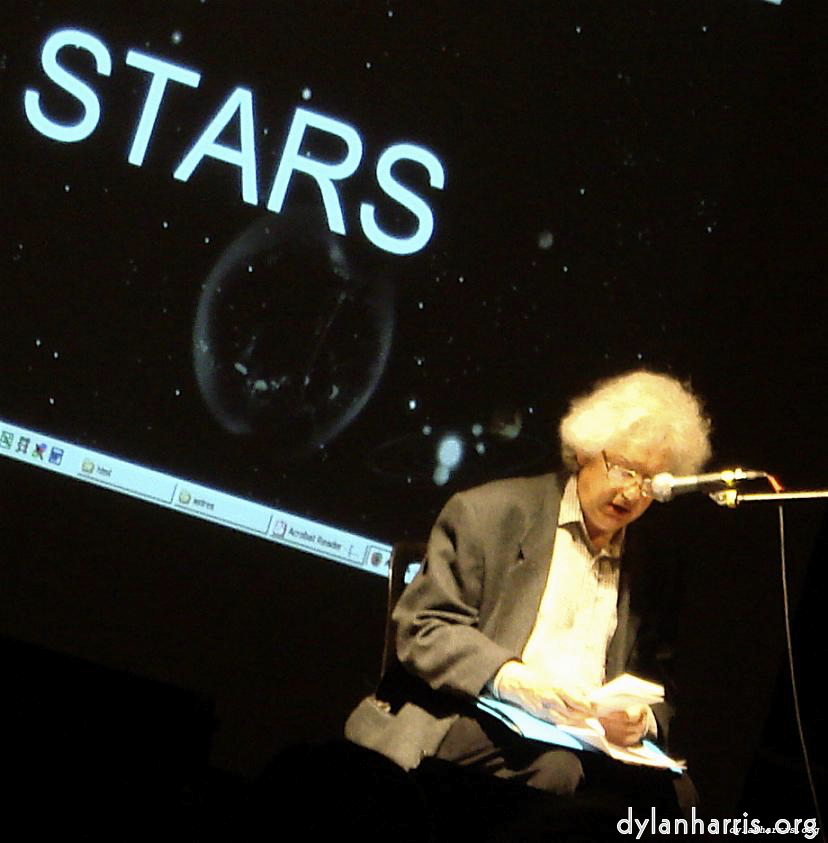 I’ll start with some background. Way back in the early 1990s, I was involved in a Dorling–Kindersley project to produce a multi–media title for Microsoft. I wrote the software which did the work. When the user looked at a page, played a sound, changed pages, etc., my software followed the product designers script to direct 16–bit Windows 3.1 to produce the desired result. The product I was directly involved in was Microsoft Musical Instruments. Microsoft reused the software I wrote in a number of other similar titles.

Microsoft Musical Instruments won review accolades, and even some prizes as the best multi–media title of the year. What made me really proud was that, so far as I know, in none of the reviews, in none of the write–ups, was any mention made of my software. The thing is, software is only really noticed when it goes wrong. People don’t use a computer for the software, they use it to do something, and the computer, software & hardware, enables (or otherwise) them to do what they want. Thus, no mention of the software, to me, meant their attention was on the multi–media content, which is exactly where it should have been. My software seemed to have worked properly, because no one noticed it.

Of course, what software, and other technologies, offer, is potential new mechanisms for achieving poetic effect. At the moment, ePoetry seems to be exploring combining other arts, such as music, photography, games and film, with poetry, which is fine. But, to me, the emphasis too often seems to be on the gee whizz, not the poetry. Of course, there are fine exceptions, some of whom are noted above.

When an artform concentrates on the how more than the artistic effect, that suggests it doesn’t properly understand that how, that the artform is immature. I also noticed, to my surprise, there was no reference to the great potential computer art, also immature, computer games. I don’t believe epoetry can properly mature until it’s explored computer games’ engines, and I know epoetry will remain immature until paragraphs like this one are no longer written.

I’ve not produced any epoetry, with the possible, & definitely dubious, exception of the To Let video. I think I’d like to have a go, but I’m going to have to spend quite a lot of time exploring & developing techniques. I’m interested in poetic effect, not geewhiz: I hope my results are simple. I’ve got some ideas for tools to use, mainly because I’m looking for particular poetic effects. I have no idea whether I’ll achieve the effects I want.