The camera I used in most of my early photography was a Pentax Me Super. Some photographs used pocket point–and–click devices; a few used a medium format model. Although some early material was scanned onto photo CD, the great majority of images on this site were scanned using Plustek hardware.

My more recent work is digital; I use a Nikon D300, together with Sony and Canon pocket cameras. I sometimes use a smartphone camera, although they suffer from obvious problems of usability.

Sir Harrison Birtwhistle’s opera Gawain, based on “Gawain And The Green Knight”, directly inspired my poem Accelerating Is Language English. To utterly oversimplify, Gawain leaves his fellow knights of the round table to go on a quest at the behest of the Green Knight. In the tale, he grows up, and returns to realise his fellow knights are immature drunks. 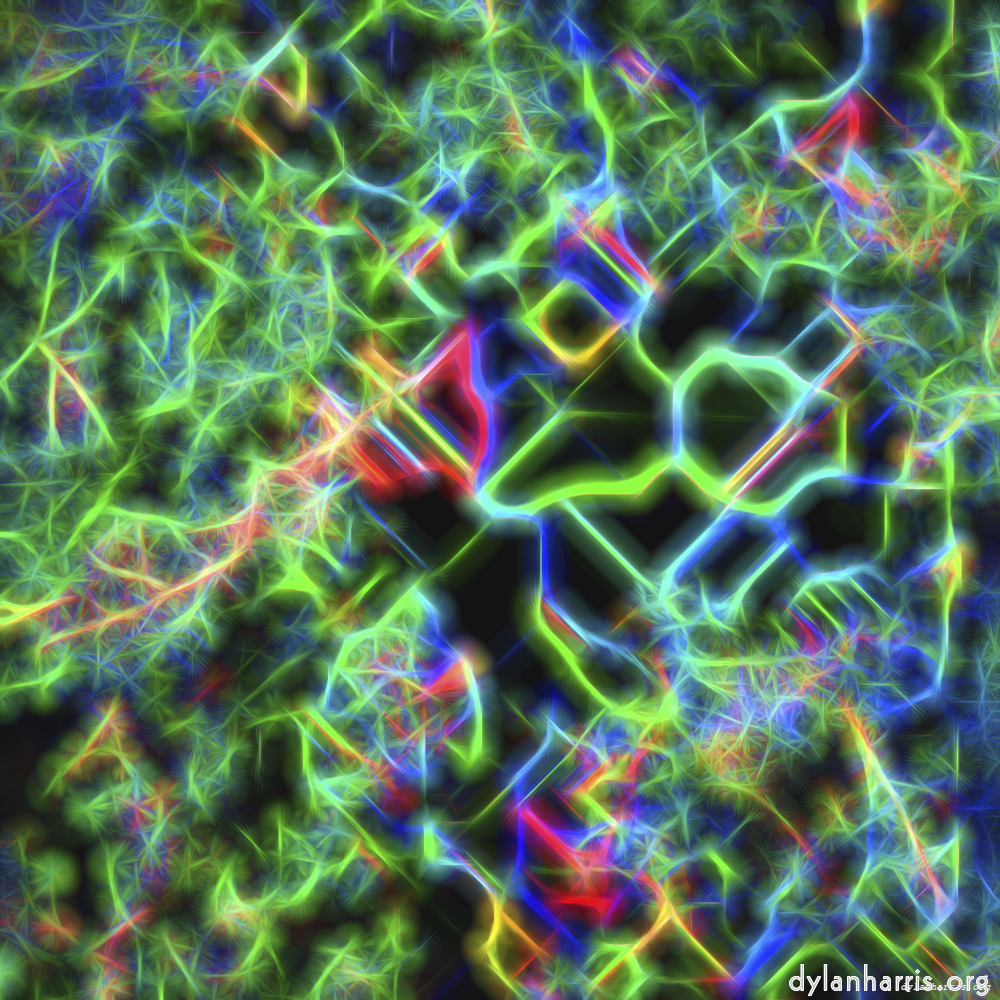 The poem an engineering rush :: homework is based on a story familiar to most English school children. King Henry VIII (1491–1547), King of England (1509–1547) was declared “Defender Of The Faith” by the pope of the time. His Queen, Catherine of Aragon, gave birth to the future Mary I, but no sons. Henry decided to divorce her. The pope refused him permission. So Henry first divorced England from the Catholic Church, destroying its power by destroying the monasteries, and creating the Church of England (which started the English reformation). He married six queens, divorcing two, beheading two (both for adultery, ironic given he’d committed adultery with both before marrying them), losing Jane Seymour to childbirth and being outlived by Catherine Parr. He was the king that declared the Empire, to general international laughter. He reputèdly composed the folk song Greensleeves. He died of what is now diagnosed as syphilis.

My poem Hymnen summarises my postgrad doubts about Artificial Intelligence, and attempts to addresses them. It includes references to modern physics, with rather too much poetic licence. The great composer Karlheinz Stockhausen’s electronic musical work of the same name indirectly inspired the poem, and I thank him for his kind permission to use the title. He kindly described my poem as being “important and true”.

Michio Kaku book “Hyperspace”, referenced in an engineering rush :: new scientist (Oxford University Press, 1994, 0–19–508514–0), contains his theory that universes evolve from each other. He is a Professor of Physics in New York. A great deal has happened in cosmology since the book was published; I’ve no idea if the theory is still considered.

What you get from a poem combines the poets words and your response. My opinions of my own poems depends on me alone. What you experience is not exactly what I write, and may occasionally be entirely different.

This goes further. Editors, being human (honest), may like a poem I don’t. I’m not well read; I cannot properly judge my own work. It would be arrogant of me to belittle their opinions by not submitting a poem they might appreciate just because I dislike it. Hence I submit all my poems for publication, even those I believe crap. Some I intensely dislike have been accepted.

And this is why all my poems are on this site. I have censored nothing. You judge them.

My sequence of poems an engineering rush (particularly an engineering rush :: the argument) is really an opportunistic poetic misinterpretation of “the simulation argument”. This is a modern philosophical position articulated by Nick Bostrom; visit his site to see what I’ve abused. I fist encountered it in the final July 2K2 edition of New Scientist. It seems to be rumbling around the science press; the New Scientist published another article in June 2K3 advising people to look for glitches in the real world (hence this).

This all girl punk band, mentioned in my poem remembering the slits, made the brilliant single “Typical Girls” backed by an excellent version of “I Heard It Through The Grapevine”, the album “Cut” in 1979 (which, in my opinion, didn’t live up to their potential), then vanished in acrimony. The album had a photo of them, topless, covered in mud; amazon warriors. Oh yes! At least, that’s what I remember; I lost touch.

Which shows how good my memories are: when I checked my record collection I found four singles (including a freebie) and two albums. I don’t have a copy of “The John Peel Sessions”. Unless I have.

Getting the pronunciation right is important in poetry. Because I recite to geek–free audiences, I use normal English date pronunciation, so 2K1 is neither “two kay one” nor “two kilo one”, but “twenty oh one”. Personally, I find the “kay” sound neater.