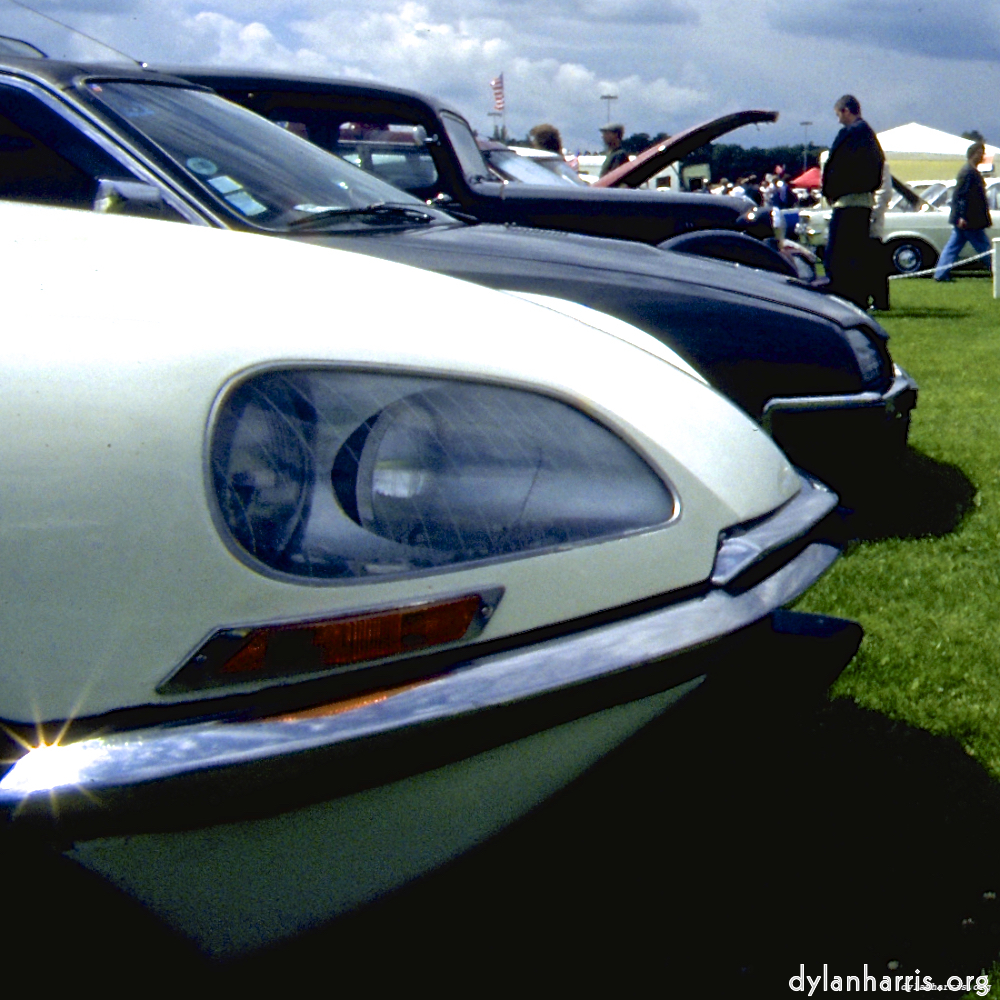 I’ve really cheered up because Brünhilde is in better condition than I thought. I didn’t drive the car on Friday because I was more than a little worried about its internals, but now the check–up has told me that apart from an intermittent oil leak the mechanics are fine, and that although it’s a rust bucket the rust isn’t anywhere important.

I’m going back up to Keighley on Friday, this time to watch G rescue Annette from the barn prior to spending a year or so restoring her. He’s going up with a one of those vans which can take a car on the back, plus a trailer, and is happy at the idea of taking the lot through a Yorkshire field to the barn where the two DSs are to be found. M looks like the classic messy techie (hi) who happens to be a grand–dad—his workshop is surrounded by a graveyard of old Citroëns DSs—but he comes highly recommended as knowing these cars inside out, and is charging a reasonable price. I’ll have a nice “new” regular use big car ready just about for when The Dragon needs retiring, one of about ten in the UK, for about twice as much again as the cost of that new Skoda you were considering a few months ago, and half as much as the Xantia Activa, which is its modern (much better performing) equivalent. And B was trying to persuade me to go for an Audi!