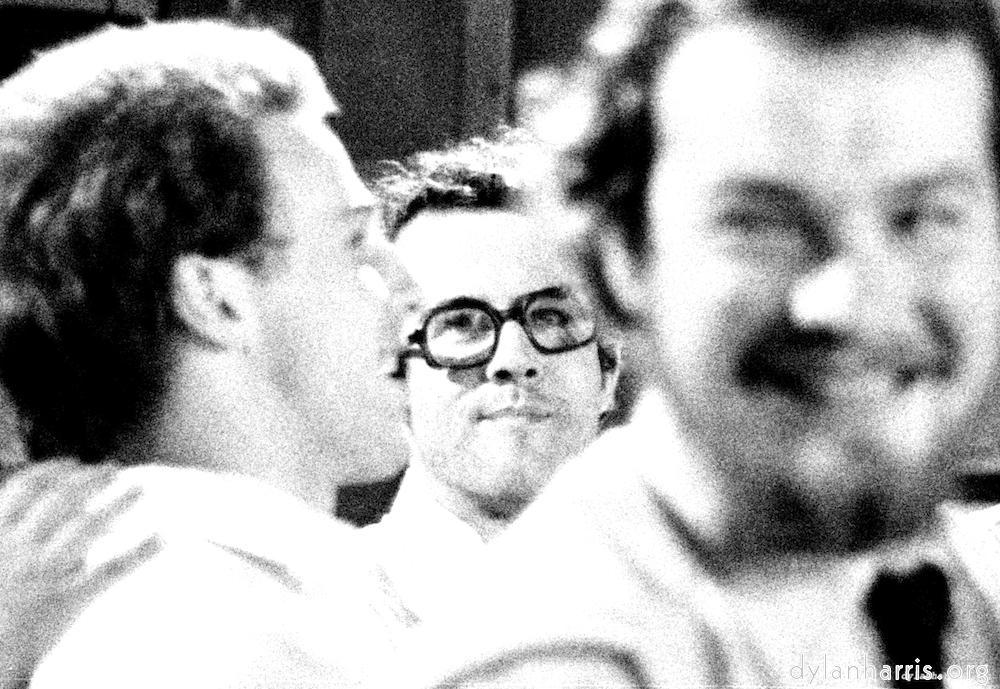 I’ll happily admit that half the reason I nipped down to Oxford’s Balliol College last night was so I could ‘accidentally’ mention it into pub conversations for the next few weeks. This opportunism is mostly ego, but can’t be unconnected with Wednesday’s edition of BBC Radio 4’s enjoyable magazine section satire, “The Sunday Format”, which took the piss out of journalists with a similar weakness.

My visit was for the launch of Scrawl 7, Balliol’s student poetry magazine. It welcomes outside contributions, and has kindly published chase chase. My hosts for the evening were the magazine’s two student editors, Ali Chetwynd and Richard Stanton.

Of course, being Oxford, it was full of extremely intelligent and knowledgeable students. In the bar conversation afterwards, I don’t think I made too much of an arse of myself. I enthused, at those poor editors, about Cambridge modernists, and pursued my current wish to find a survey of the grammatical structure of languages (I want apply different but real grammars to English language poetry and see what comes out). It was good to discuss things like music, poetry, and linguistics with people who knew, who understood, who didn’t need a twenty minute explanation first.

Talking about Radio 4, I shouldn’t have been surprised that an old occasional drinking buddy from my Liberal Club days, one Mark Tavener, turns out to be the writer of the biting political satire “Absolute Power”. I recognised his voice this morning when he was being interviewed about post–Hutton cuts in the first edition of the new series. I knew him when he was writing, then trying to get published, his first book, “In The Red” (Hutchinson), which was subsequently successfully broadcast by BBC Radio 4 comedy.