Q: What kind of work do you do and with which technologies?
I’m a programmer. I specialised in the languages C & C++ once I’d escaped college, and have been using those skills ever since. In the early days, once I’d grown up professionally, I contracted, but now I work as appropriate for the local laws and local market. But it’s the same thing: go in, get the job done, move on. 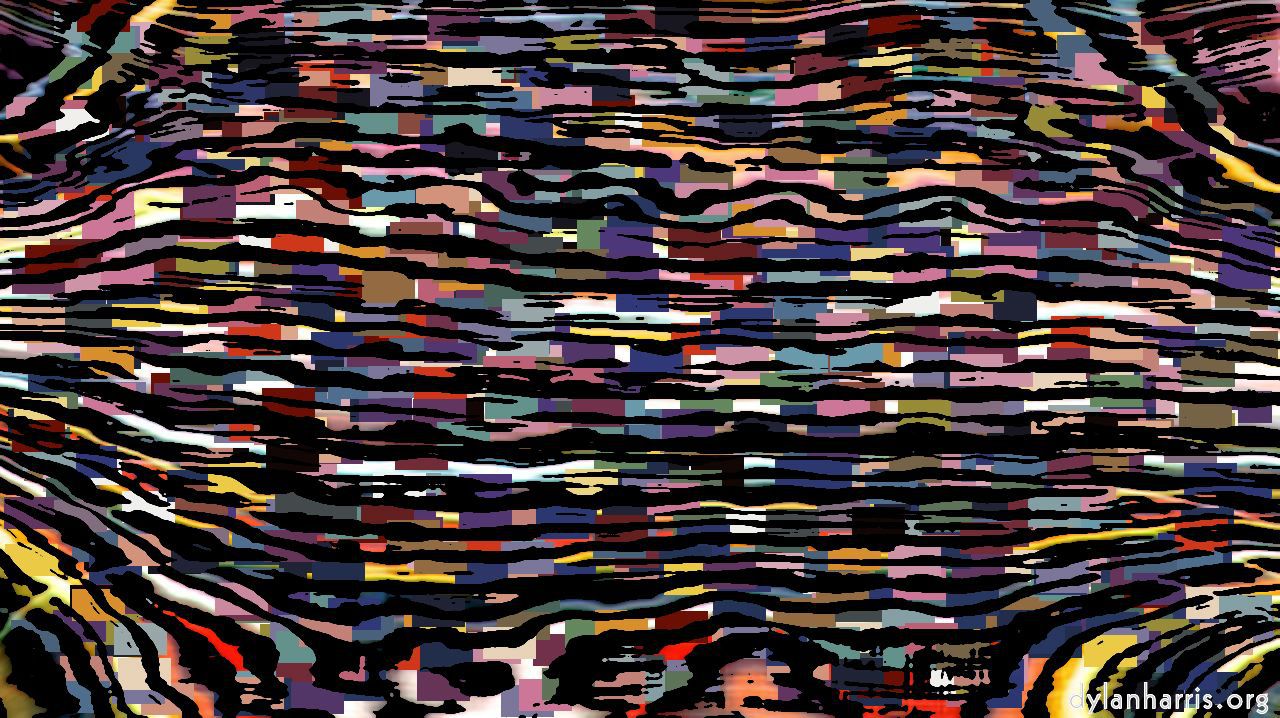 Q: Why did you first decide to leave the UK?
At the millennium, I decided I wanted out. It was many things. I’d got fed up with half a dozen CCTVs photographing me scratching my bottom (of course, now we know that’s nothing: the NSA and GHCQ have spent the decade cracking photos of everybody scratching). I was hacked off with the culture of incompetence: people blaming you because they couldn’t be arsed to do their job properly (although you can’t really blame them in turn, the reward for working your arse off is a couple of extra back–pats & the reward for initiative is to be shouted at, unless you chose the right parents: but that’s another matter). I’d got sick of the politicians’ bigoted anti–foreigner rhetoric, although then was nothing compared to now. But I was working for a start–up with an interesting idea and interesting technology, so I made no decision to move until economic reality intervened. 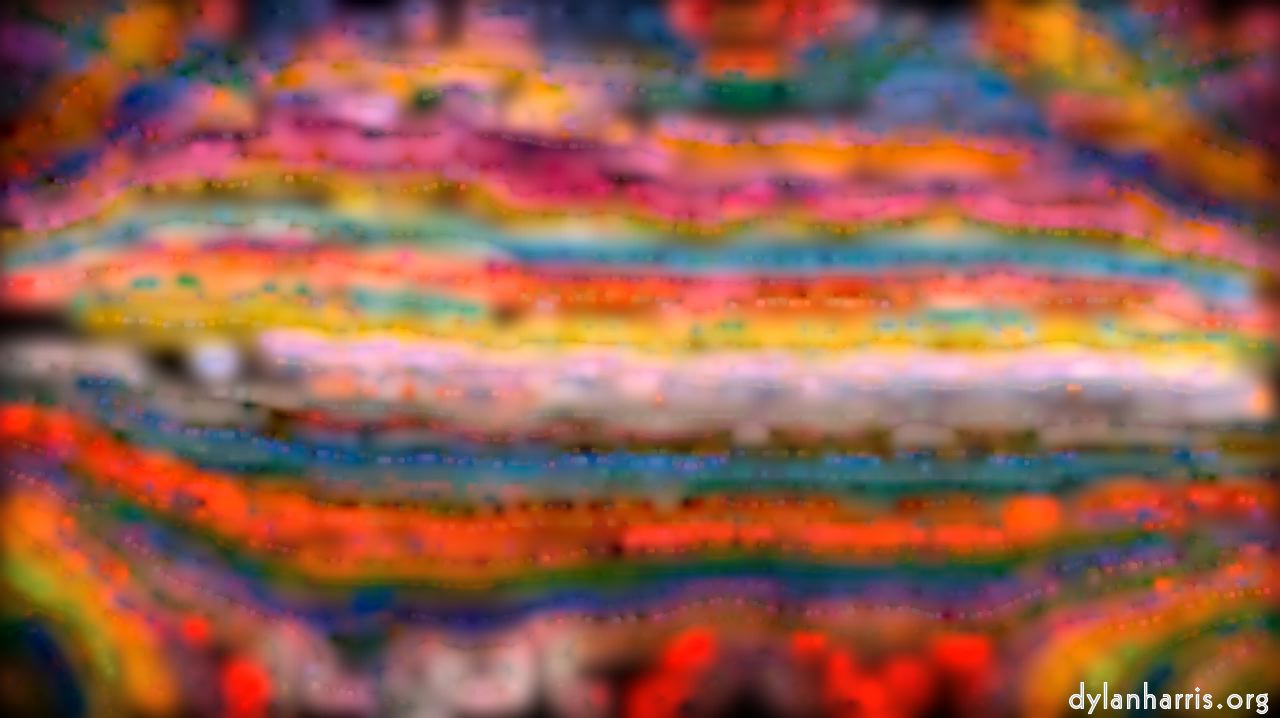 Q: How did you arrange your first expat gig? And then the others?
Oh, I use agencies. When I first left, I had no clue what work was available where. If you’re contracting, I’d strongly recommend going through agencies when first going abroad. They know where the work is. They’ll have the contacts to keep you legit. If you don’t get those things under control, you risk becoming a juicy little treat for dark art bureaucrats. 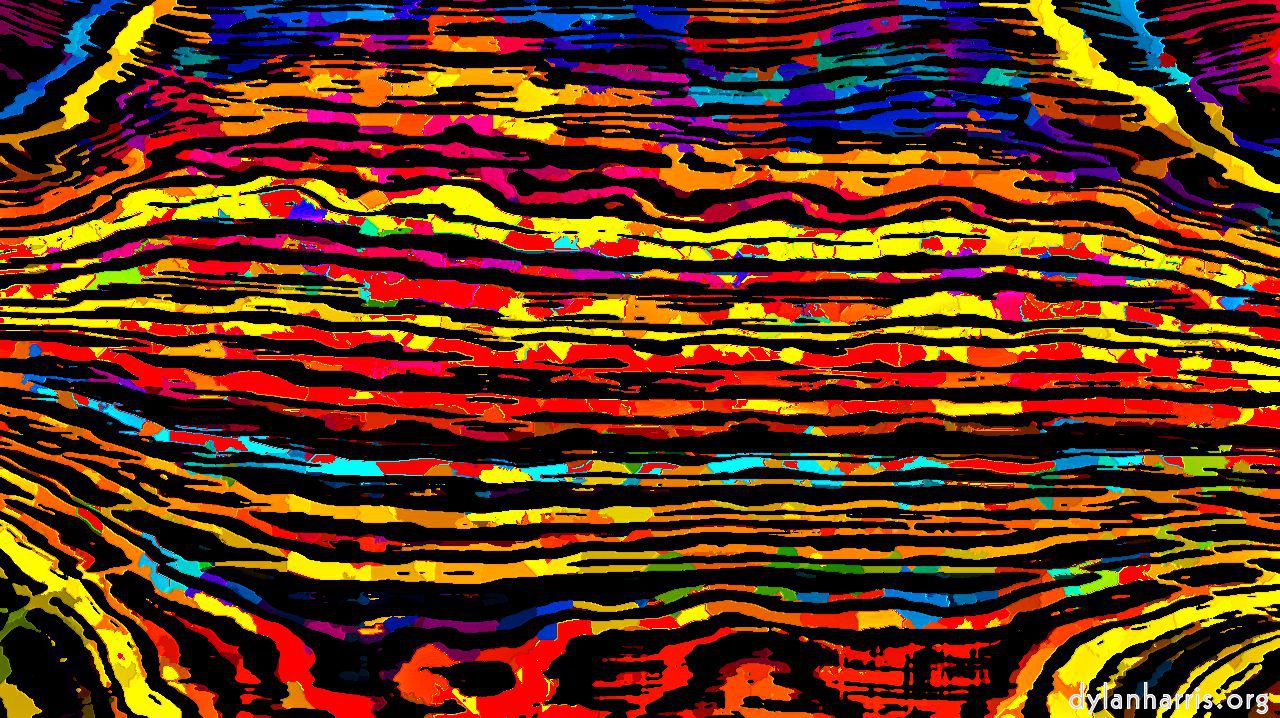 Q: Why do you keep moving to new countries?
I was chasing contracts. If there was an interesting contract somewhere, I went there. Sometimes it worked out: I’ve worked on cyborgs. Sometimes it didn’t: contracting is contracting. I wanted to experience different cultures. It helped a great deal I had no little people responsibilities. I stuck to the EU mainly because I dislike bureaucracy. The hassle’s bad enough to join a tax and social security system without having to go through visa and work rights too. 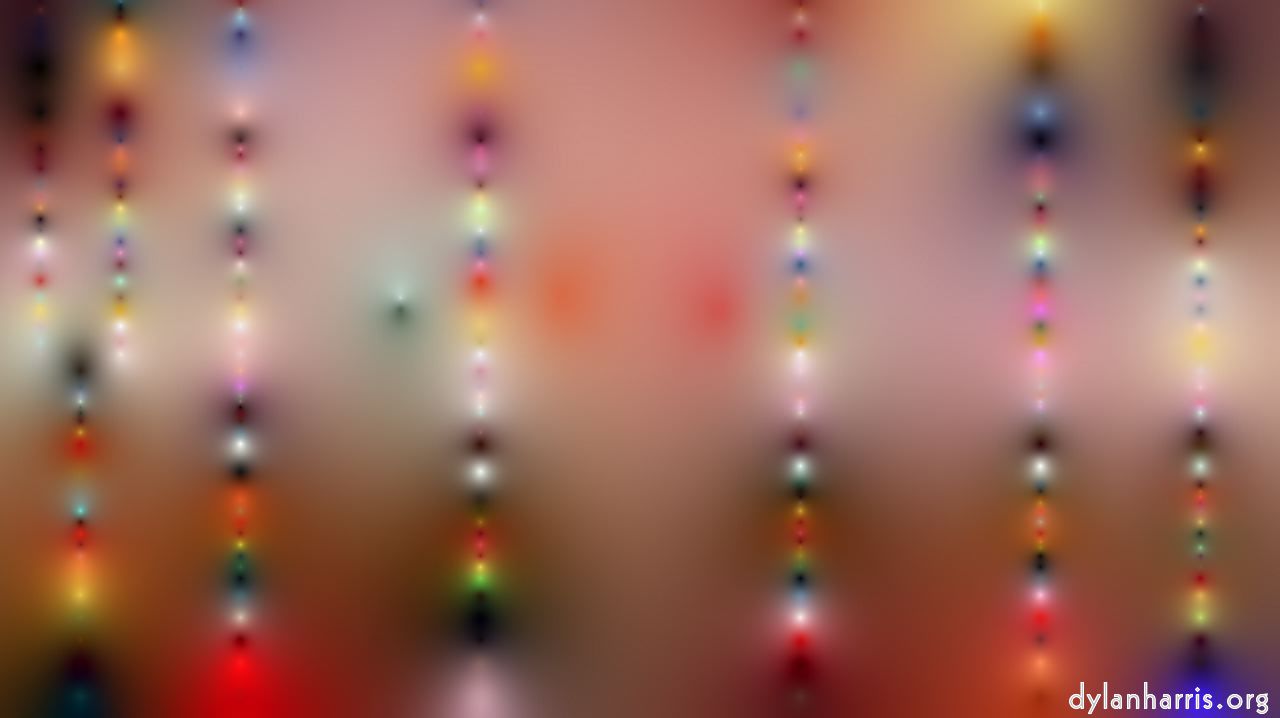 Mind you, I hadn’t intended to keep moving when I first left the UK. Unfortunately, a couple of months into the new contract in Belgium, the company’s CEO died unexpectedly. I’ve no clue whether that was misfortune or Belgian business practice, but they got his predecessor back in, who promptly cancelled all the new projects. So, after four months, I was out on my ear. Fortunately for me, the Belgian agencies were on the ball, and one quickly found me work in Luxembourg. Since then, I’ve returned to Belgium, worked in Ireland, France and the Netherlands, and am now back in Luxembourg. 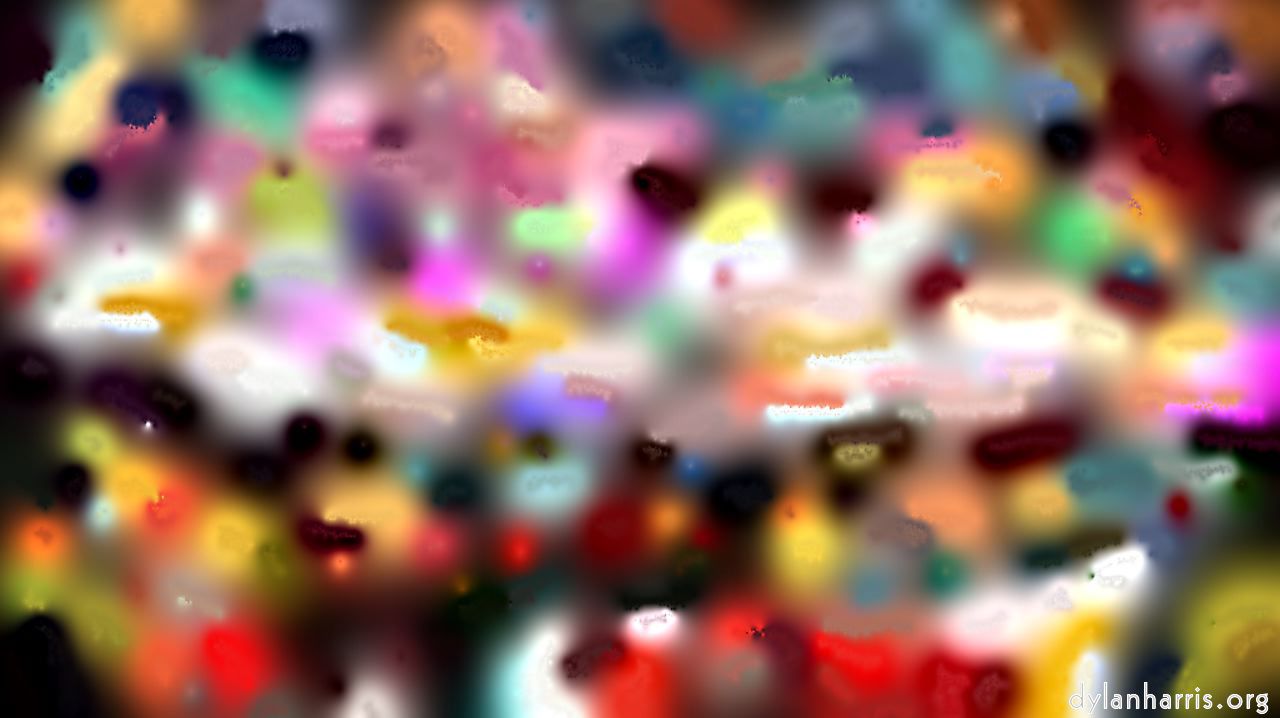 Q: What’s the most lucrative country you’ve worked in? And the least lucrative?
I’m probably not the best person to ask. To me, so long as you cover your costs, and some, the lucrative question is moot, I’m far more interested in the culture. All the same, to answer the question, you have to take into account local taxes and local cost of living. The same money is very nice in some places and dismal in others. It keeps changing, too. Ireland was rather good in 2007, and is fairly bad but improving now. Right now, Berlin’s interesting: the cost of living hasn’t caught up with the rapidly rising rates, and their arts scene seems very good. There’s money here in Luxembourg, as always, and they’re really putting out the doggy treats for entrepreneurs, so if you’ve got a whizzo start-up idea but need some support, check here out. But if you really want the money, and don’t mind losing ten years of your life to pea soup, go east, young thing, go China. 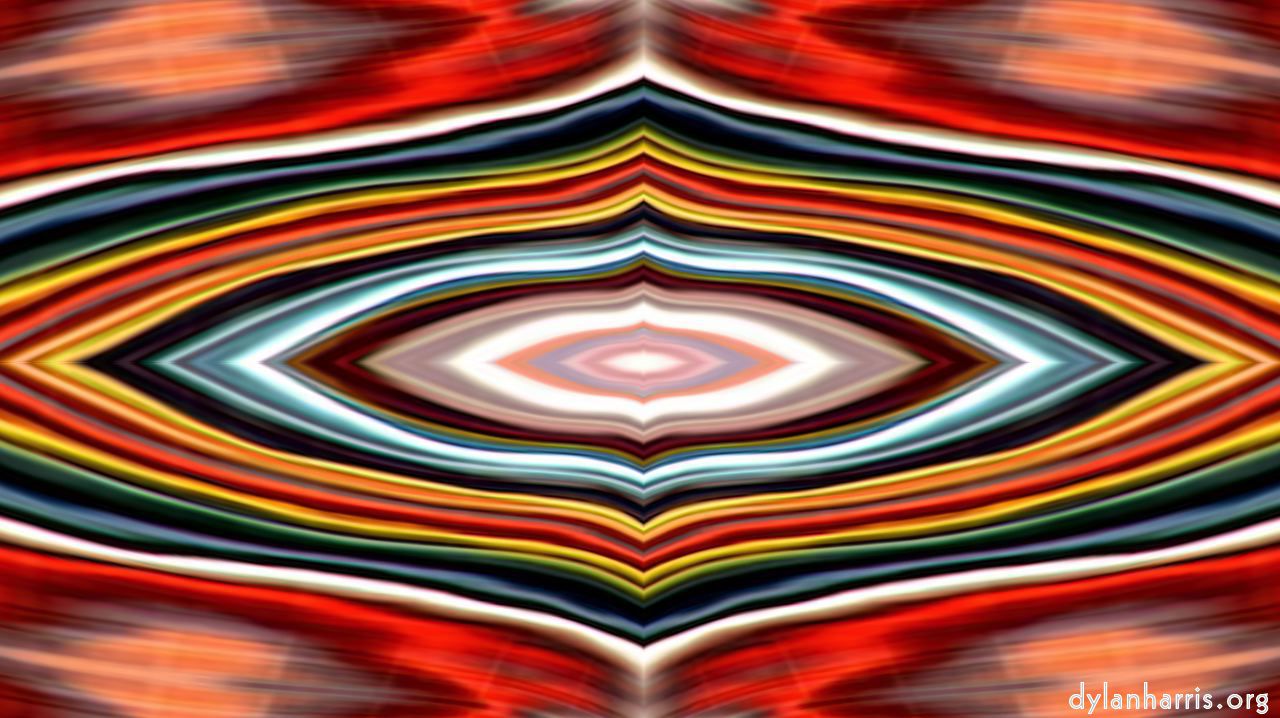 Q: What are the biggest differences between workplaces in the countries you’ve worked in?
Like most places in the UK before I left, workplaces are thoroughly polynational. Apart from the start–ups, I can’t remember a company that only employed Brits after the early 1990s. That’s why, to me, workplace feel depends more on company than country. The place that stands out is Thomson–Reuters in Paris. Roughly a third of the team were women, and that seemed to be true across much of the company (not that I went around the offices counting). Reuters—at least at that site—have found a way to help address out industry’s dreadful gender balance. It’s just so much better to work in a balanced team. 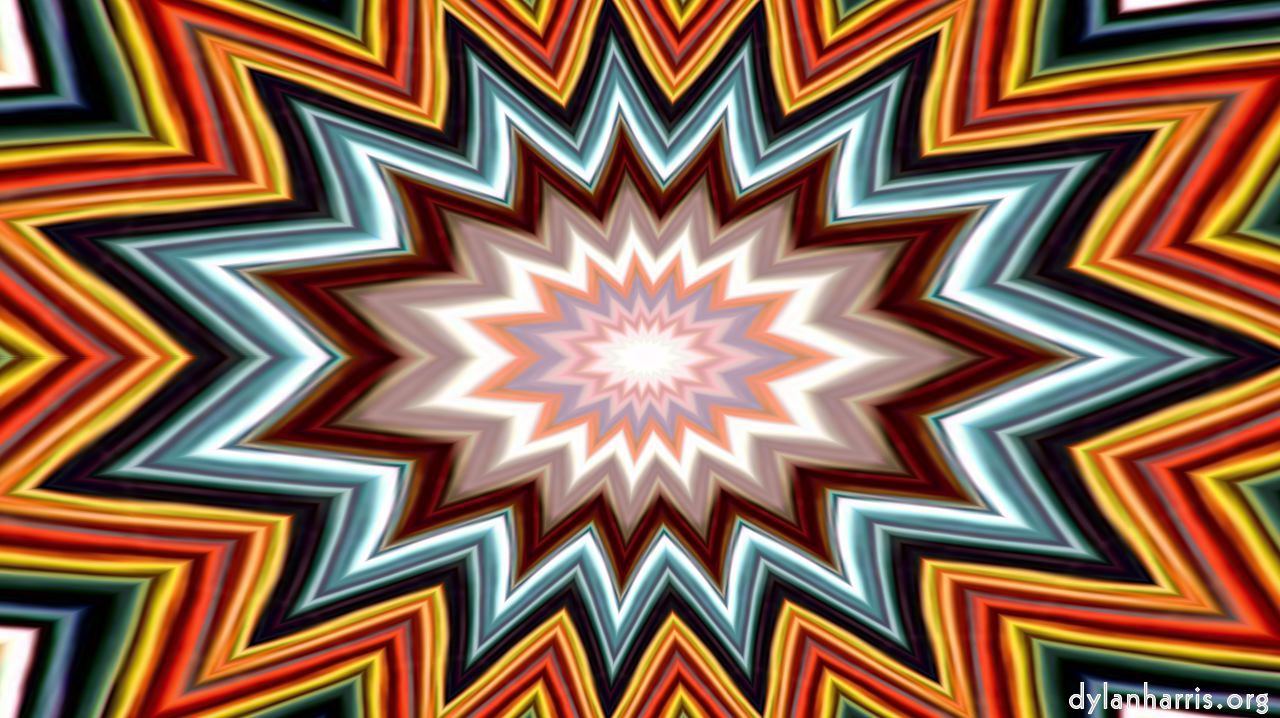 Q: Will your expat gig be good for your career?
Yes, but not how I expected. The Irish love literature. When I was in Dublin, I was persuaded to try and get my poetry published, and now I have five books out, and mentions in serious places (don’t get me wrong, I’m a minor poet, but I have to mention those mentions!). That gets me respect in interviews. When I was in Paris, … well, Paris did what Paris does, and I got hitched. I wouldn’t be working where I am now where it not for that: we speak French at home, & my current job, working on machine translation, requires polylingual people. Actually, I’m quite proud of that: I only spoke one language in 2007, now I’m now fluent in two, and can get around in another two. 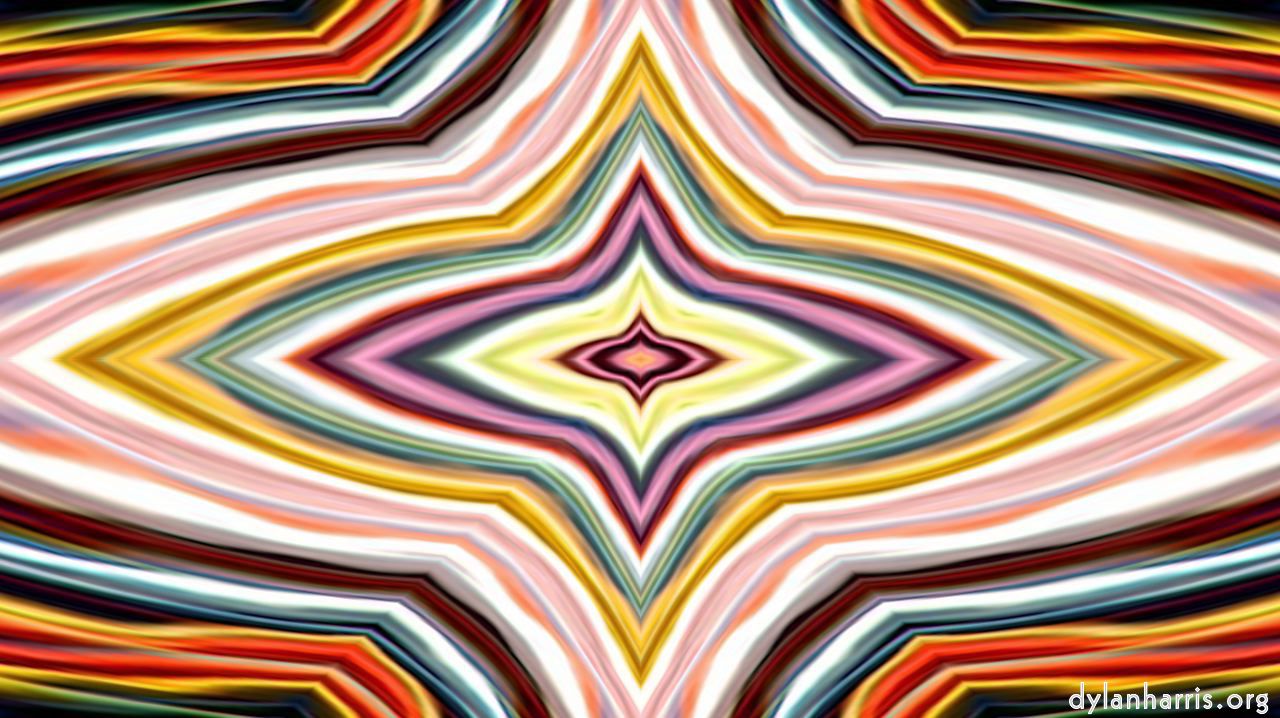 Q: What’s the biggest price difference you’ve seen between countries?
Certain products are extremely cheap in one country and seriously pricey in another. It won’t be what you expect, either. Rent is almost small change in Germany, it is bonkers in Paris. In France, supermarket prices partially reflect quality; in the Ireland, they only reflect marketing (for quality, go Aldi/Lidl). French mobile phones contracts used to cost €60 a month, the same service cost €17 in Ireland: fortunately, the French market has been shaken up. To buy a good loaf costs 80 centimes in Paris, €3 in Holland, and 80 quid in London (although that includes the train fare to get to the nearest good baker, namely a Eurostar return to Paris). 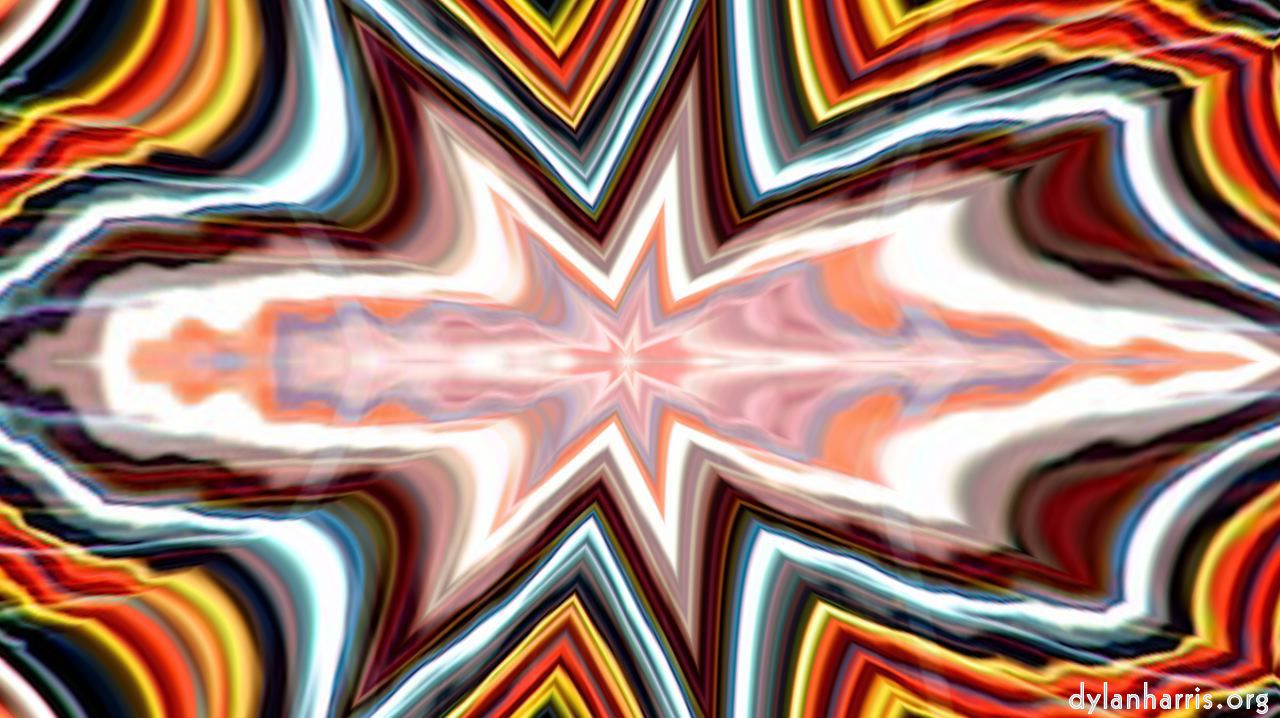 Q: What’s the worst thing you’ve been told is a delicious national treat?
Hah—I’m going to invert that! The second time I worked in Flanders, I did so for an Australian company. Myself and an Oz colleague got into the usual dispute about yeast extract. We decided to conduct a semi–scientific test: we each gave seven Flemish colleagues a yeast extract sandwich, and asked them to score their treat. It was blinded. The Aussie, won, dammit, four to three. But we’d ask the Flemish to score their enjoyment of a scale of one to five, five being good. All gave all sandwiches one, except one gave the vegemite two. That’s why I like to think I won, really: they obviously didn’t like the product, & they didn’t like Marmite more! 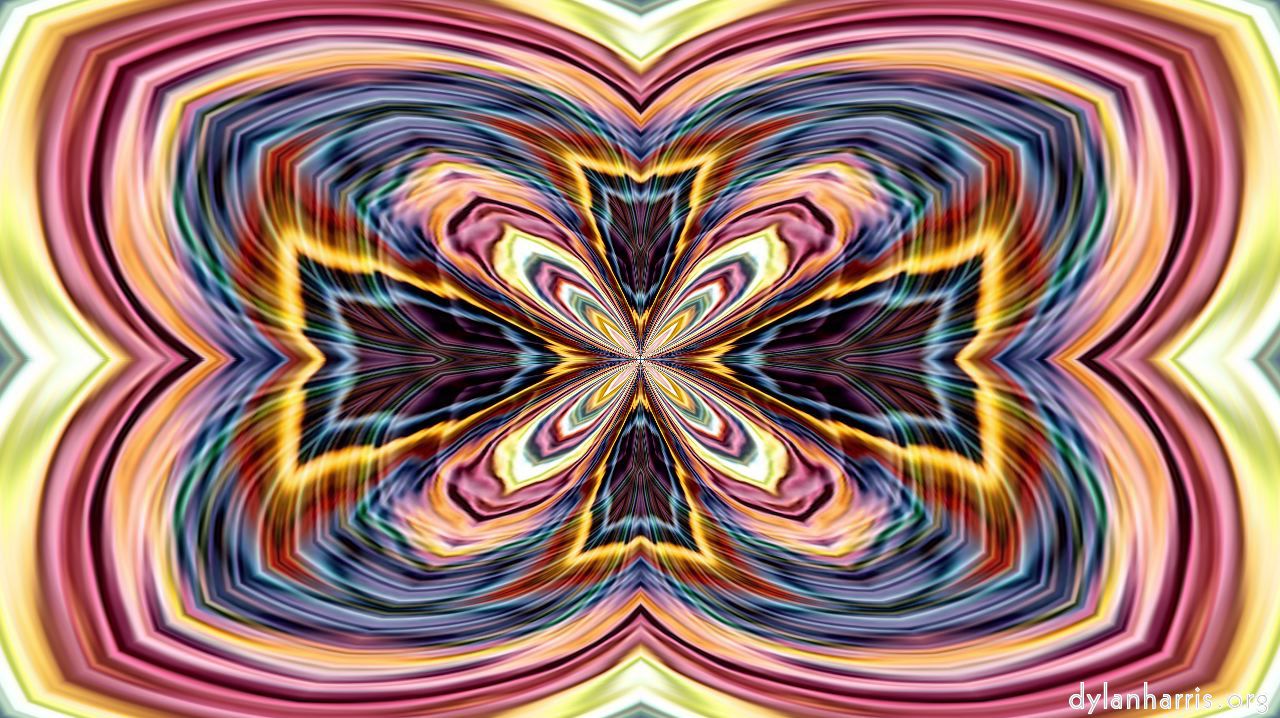 Q: What do you miss most about home?
The pubs. Not for the beer, although that’s good and distinctive; not for the food, although that can be great in village pubs. No, pubs in England and Ireland are where all corners of society mix. Bars are common here (if you find a village in Belgium that’s only got one building, that’ll be the bar), but they’re not cross society. 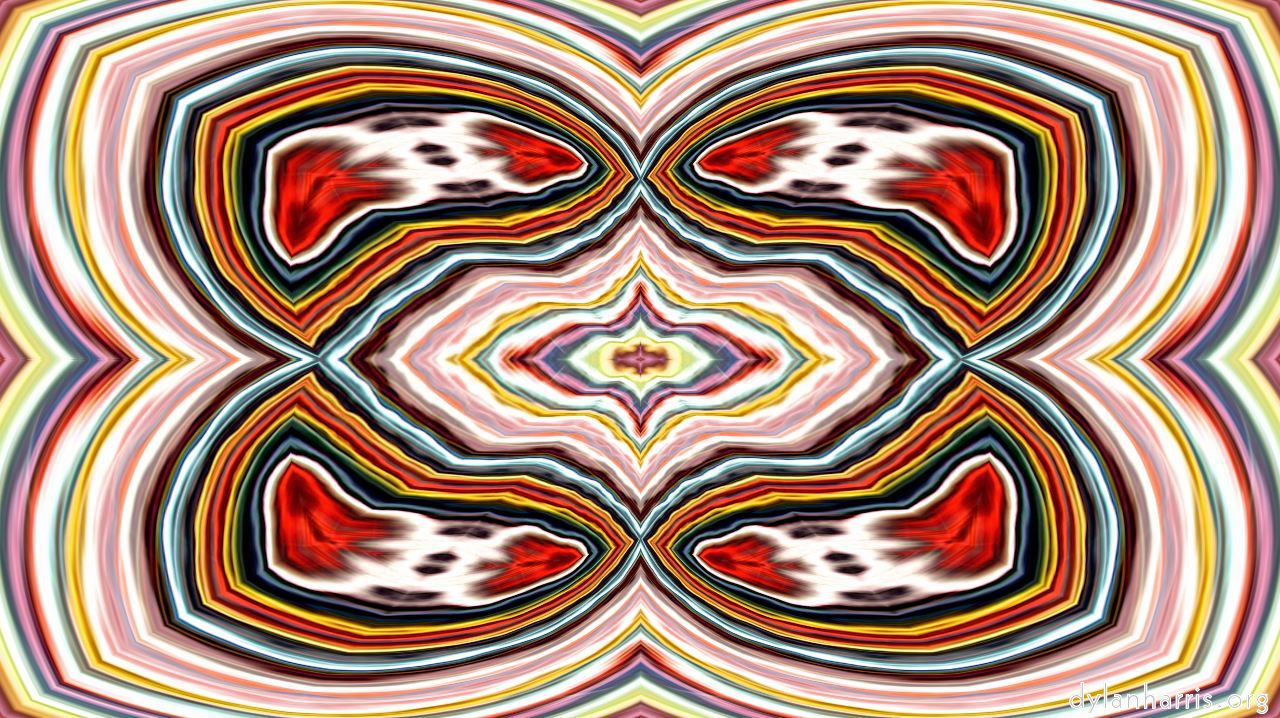 Q: What’s your top tip to help new arrivals settle in when moving to a new country?
The most depressing thing, which tends to hit after a couple of months, is the loss of social life. Put effort into finding something new, quickly. Go find groups who share your interest, whatever it is. If you speak another language, find a conversation club: you have to speak to strangers there, so you’ll meet new people. Find the locals, not just the expats, although make sure you do find the expats, they’ll have tons of useful tips. Plan to make the effort to learn the local language. I’ve seen a few sour lazy gits who moan that the locals aren’t like the English, who’ve made no effort to explore the local culture, who’ve not tried to learn the language. Their whinging is simply a reflection of their own laziness. Ooops, sorry, I didn’t mean to drift into British politics again. 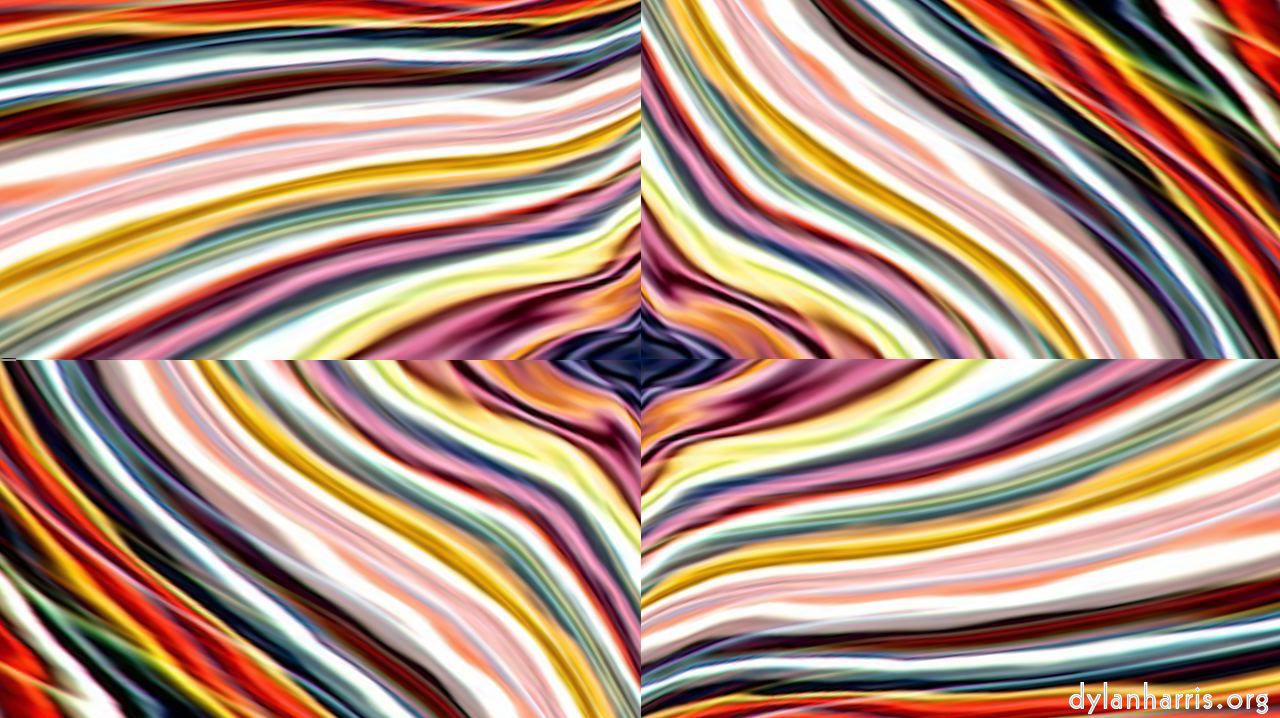 Q: What advice would you offer someone considering the same move?
Prepare yourself. Make sure you understand how the new country works. Every country is different, every country has its own weird rules. For example, when I arrived in Belgium, I found you weren’t allowed the privilege of paying local taxes until a copper had come round and made sure it really is you living at your address. They arrange with you the time to visit and verify. Oddly, I often found I had clashing appointments I couldn’t cancel. Weird, that. That’s changed, unsurprisingly. Every health system is different, from the private systems of Holland and Ireland, the mixed in France and Luxembourg, the political in Belgium, to the public in the UK. You need to understand how the country works, all of it. Buy the books. Read them. Do your homework. That homework includes the things to do before you leave, such as getting a UK health card that covers you abroad. 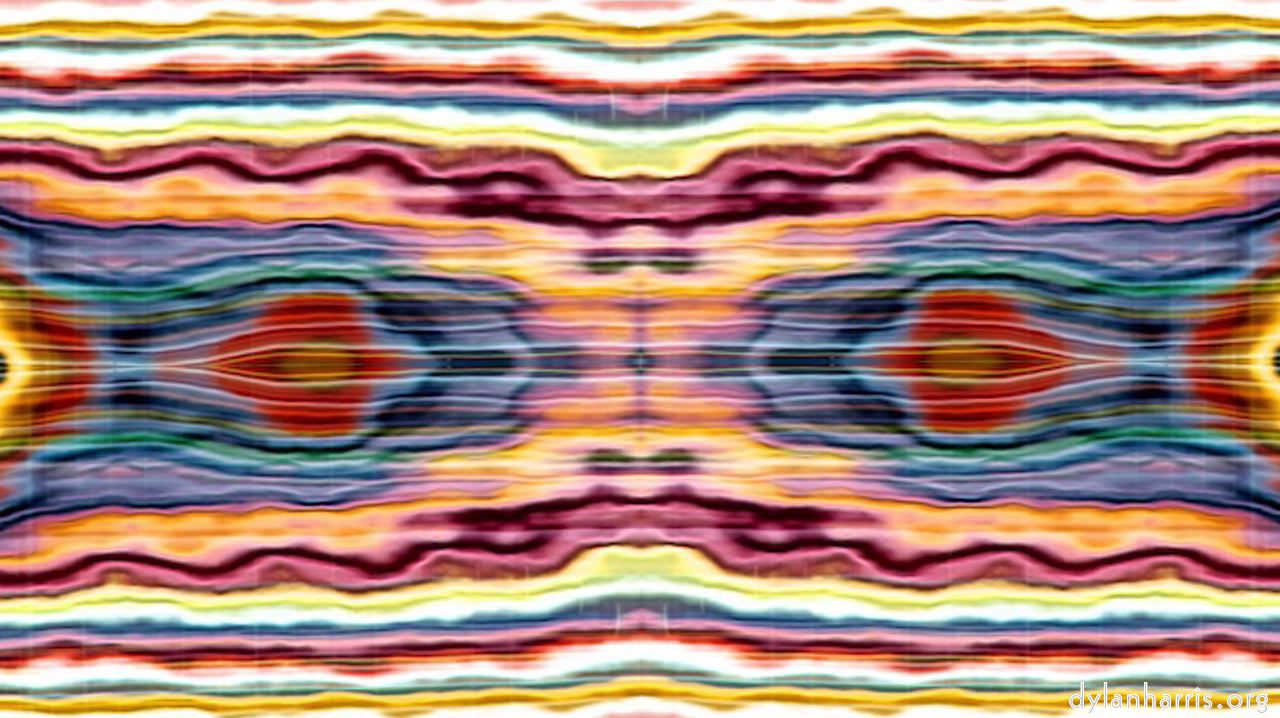 Q: And because this is the weekend edition, what can you get up to on weekends in all the countries you’ve lived in that are tricky to do in the UK?
Luxembourg stands out. We like visiting small towns, getting a feel for all whole the country, not just the city. Here, you can go south for twenty minutes, and find yourself in France, with great food. You do the same, west, for Belgium, with great beer. East is Germany, with great shopping. Make it a whole morning’s travel north, and you get to Holland, with great photography. That’s five countries, four hours, three languages, and a very happy tummy. 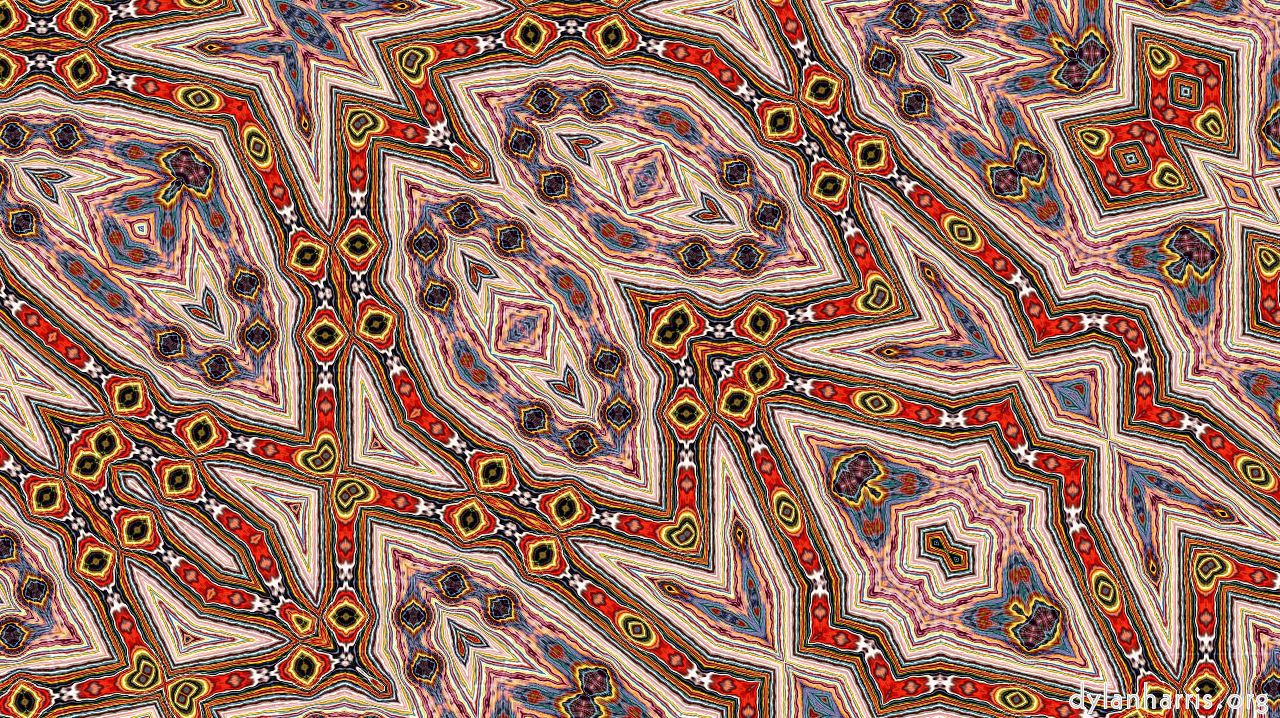 I don’t think I ever submitted these answers for publication.