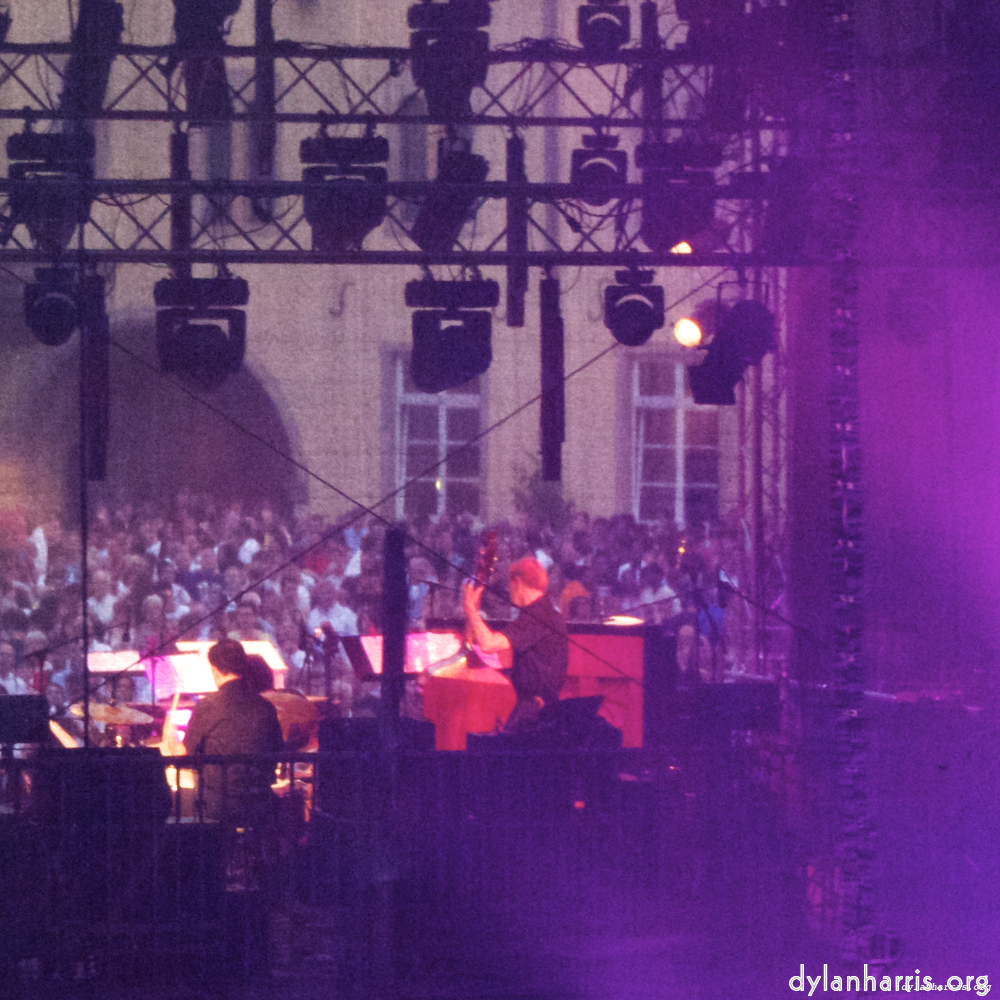 There’s a blues festival on tonight in town. When I say in town, I mean eleven stages surrounding our flat. No early night for us.

Two things make me respond to music: skill and originality. Well, it’s the blues, so forget the originality: that’s not what it’s about.

I wandered round the stages. Some of the stuff I heard made me wonder why I bothered to get out of bed. It was dismal: pedestrian, as in glued to the pavement. Fortunately, there’s some skill on show, and, even more fortunately for us, the stage closest to our flat is hosting some of the finest musicians.

First guys up were Dynamite Daze, a bunch of old geezers who seem to be playing purely for the hell of it. Old geezers? Erm ... perhaps a couple of them are younger than me. Anyway, they were about as together as a bunch of drunks at a bar, but when the drummer showed off, wow! Jesus, that guy is good. I guess the other guys had something going for them, too, but I only caught the end of their set, unfortunately. Daze is a very appropriate name.

The second band on the stage are not as exciting, nor as drunk, as the first. It seems to be a band for the guitarist singer to show off, but he’s very very good, so fair enough. Furthermore, they were tight. Between them, they took the audience on a great blues journey. The band is Laurence Jones, and, if you’re into the blues, go hear them. They’re about as original as a bag of chips, but we’re talking Michelin starred chips.