Over the last few years, I’ve come to realise that the apparent opposition of religion to atheism is no such thing, it’s really a conflict between religious groups. The very existence of church dignitaries such as Klaas Hendrikse, de atheïstische dominee (the atheist pastor), make that clear.

This understanding allows me, as an atheist, to approach religion, and explore its importance to my cultural heritage, without having to suspend critical facilities. Klaas Hendrikse has shown me that people can be committed Christians without believing in the supernatural. The Christian message can be understood without conflict with known reality. I’m confident the same will be true of other religions. 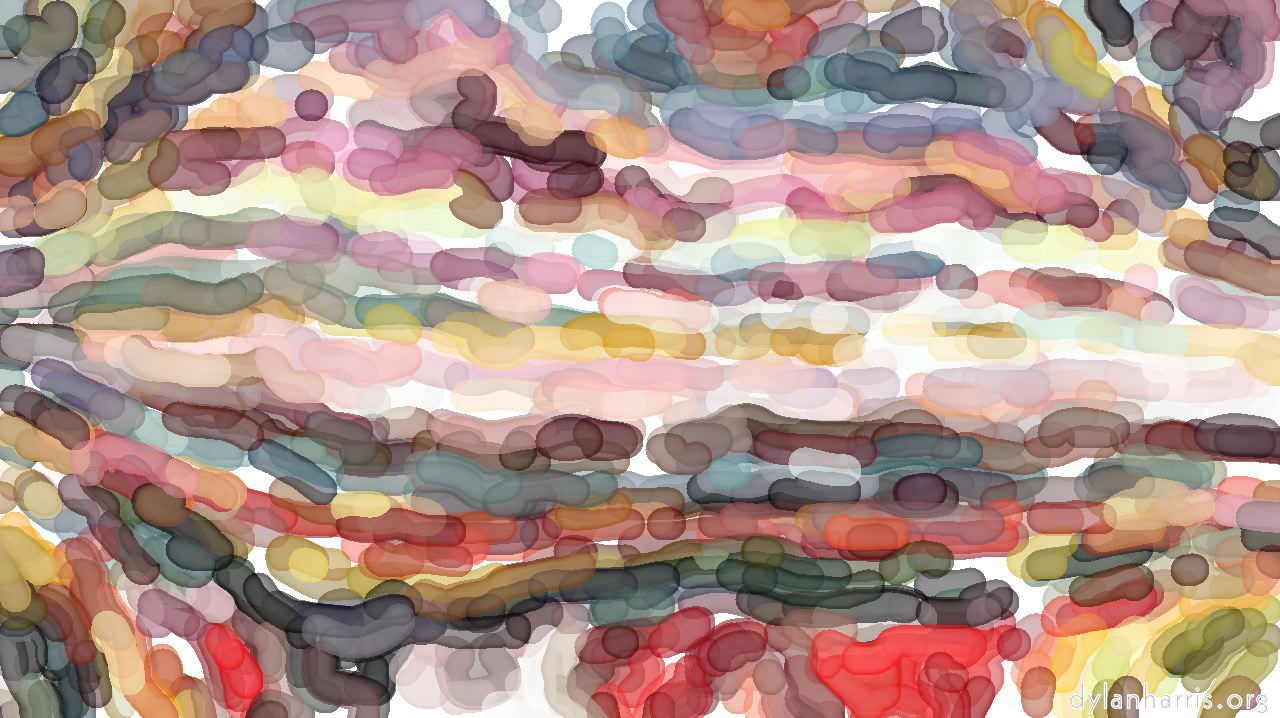 Religions are an essential part of any culture, whether or not you subscribe to them. If you want to understand your own cultural heritage, you have to consider its religions. For any depth of understanding, you will need to explore and engage with its religions, both living and dead. That, finally, I can do.

Scriptures communicate the religion. These scriptures use many literary techniques to do so, and, in some cases, may represent the earliest known examples of such techniques. To understand the scriptures, you have to interpret them. There are many possible interpretations, including the literal. To understand the scriptures, it will be necessary, I think, to understand how literature works. You really need litcrit. I don’t have litcrit: well, I have a little bit of litcrit, the little bit that’s picked up by someone who’s rather fond of poetry. Really, I will have to depend on other skills. 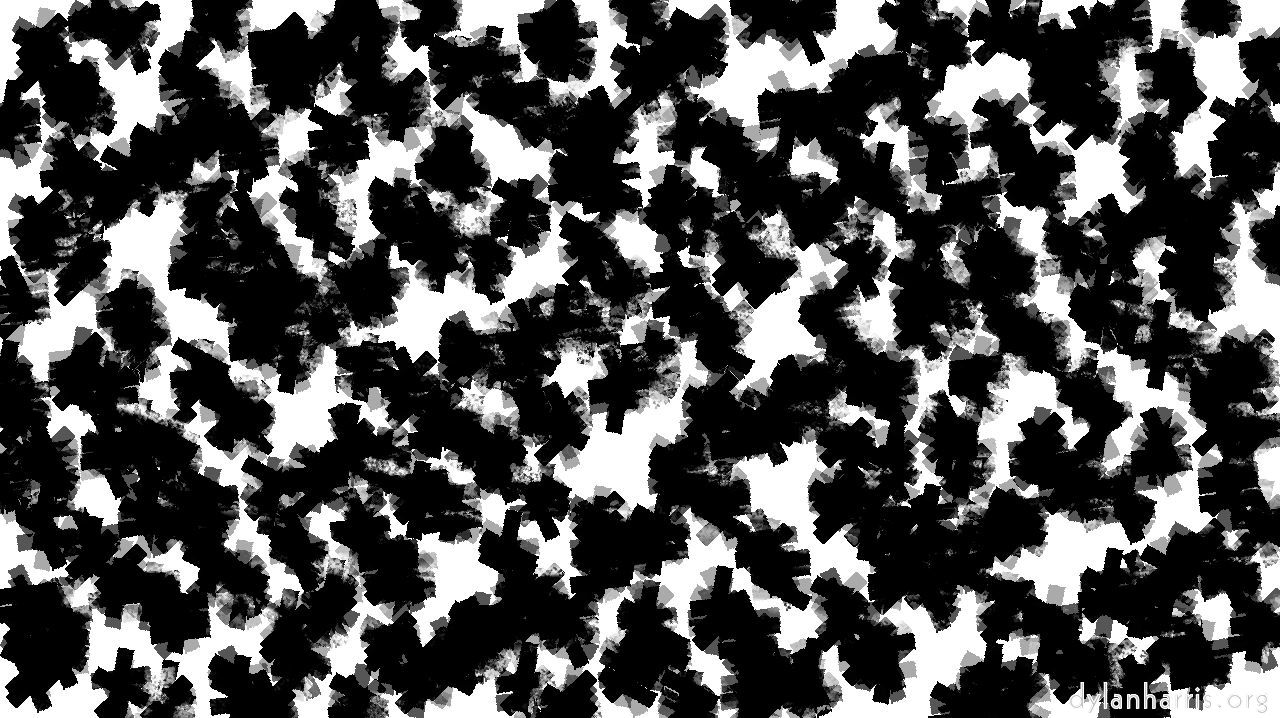 Whilst I have no clue what might possibly be “right” interpretations, if they exist, I can consider techniques that will help me exclude the wrong. I call these techniques the three Rs, the three Rs of religious validity. For me to consider an interpretation, it will have to stand up to the tests of reality, reason and ridicule. These are tests of the senses, the mind and the heart; tests of validity, doctrine and belief.

I presume there are interpretations of the great religions that can stand up to the these three Rs: I cannot imagine how they could have survived history otherwise. I do doubt many of the interpretations, though. 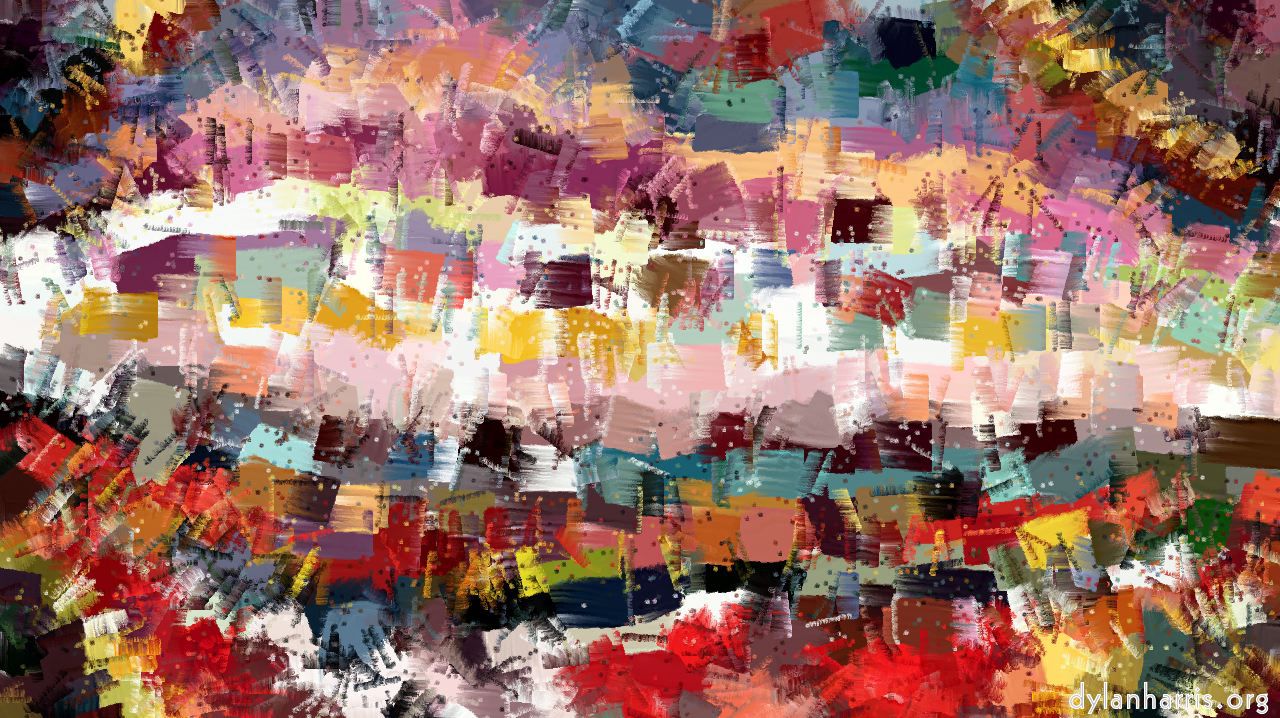 As an aside, as a software engineer, I find that an interpretation that demands a supernatural creator must keep fixing His creation is an interpretation that says its creator is incompetent. When you create software, you create it to run independently. Imagine what Windows would be like if every day or so someone from Microsoft had to come to your computer and fix something. If you constantly have to modify software that is used by more than one or two people, you’ve made a useless, expensive mess. If you believe your God addresses you personally, and changes the world just for you, you’re saying your God has created a useless mess, you’re saying you believe your God to be incompetent. That, though, is no more than an ignorant opinion.

It’s those religious groups that go further that are problematic to everyone, those groups that take their proven false interpretation and try and impose them on others, particularly the young. For example, there are groups that try and block the teaching of evolution. Such groups are more than just wrong, they’re not just harming their religion, they’re actively harming children’s education. Now, that’s not exactly a new point. But it’s useful to be reminded that false interpretations of scripture can damage everyone, not just religion. 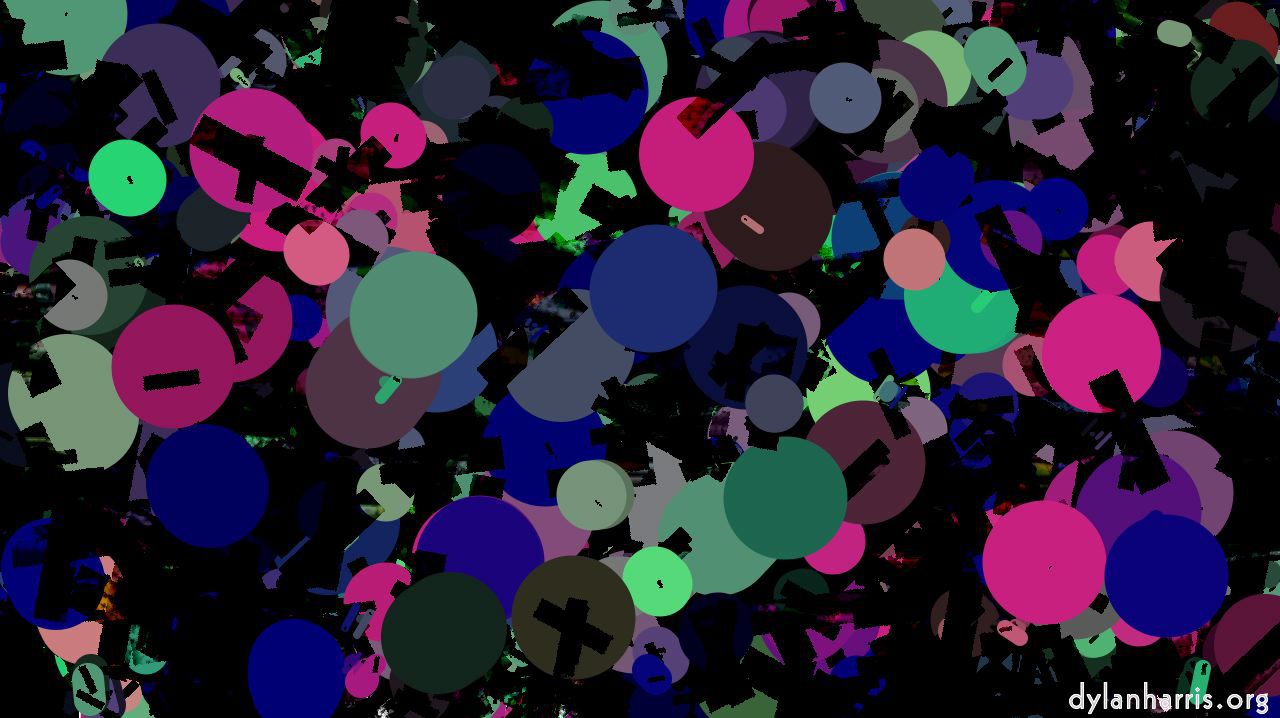 The reason test is more complex. To me, it combines the power of critical thinking, philosophy, and many other forms of reasoning. In many ways, it tests whether the religion is self–consistent and stands up to critical analysis. My problem is that I do not have the deep reasoning skills necessary to examine religions properly. However, other people do, and I can consider what they say.

Furthermore, I can apply some of the skills I’ve learnt over the years, to reject the obviously flawed interpretations. After all, my profession is the application of a particular form of reasoning. Software engineering is certainly not the be–all and end–all of reasoning, as many failed projects demonstrate, but the skills I’ve learnt might be useful in some ways. But if my skills suggest one thing, and philosophy proves another, then the philosophy is probably right. I can only take my own skillset so far.

I’m confident that, because of my weak reasoning skills, all of the great religions can pass my reasoning test in principle, although many interpretations will fail. A good way to fail a reasoning test is, for example, to claim that because a supernatural God does not exist in the known universe, He therefore exists in the unknown. The problem with that is that it’s called unknown because it’s unknown, and because it’s unknown you can’t say anything about what is there, let alone say that there’s a supernatural God there.

Actually, I would suggest that someone who asserts their God is hidden in the unknown is suggesting their God is a pixie. Admittedly, they’re probably saying He’s a very powerful pixie, but a pixie all the same. You see, by saying their God is in the unknown, they’re accepting He’s not part of the known. They’re saying that He’s only a part of His creation (presuming, of course, they believe their religion asserts their God created the universe). In consequence, they’re saying He is a component of the universe, a supernatural component. That’s a magical creature. That’s what a pixie is, a magical creature. Now that is an opinion, and it’s no more than an opinion, and it probably only reflects my religious ignorance.

Enough of that: let’s get back to the reason test. In the case of Christianity, some of the early adherents were formidable philosophers. They gave the religion a basis in the reasoning of the time, even if some of that reasoning has since been found problematic. Theologians continue to attempt to give their religion a philosophical and reason basis, I believe. I can’t challenge that, my skills are too poor. 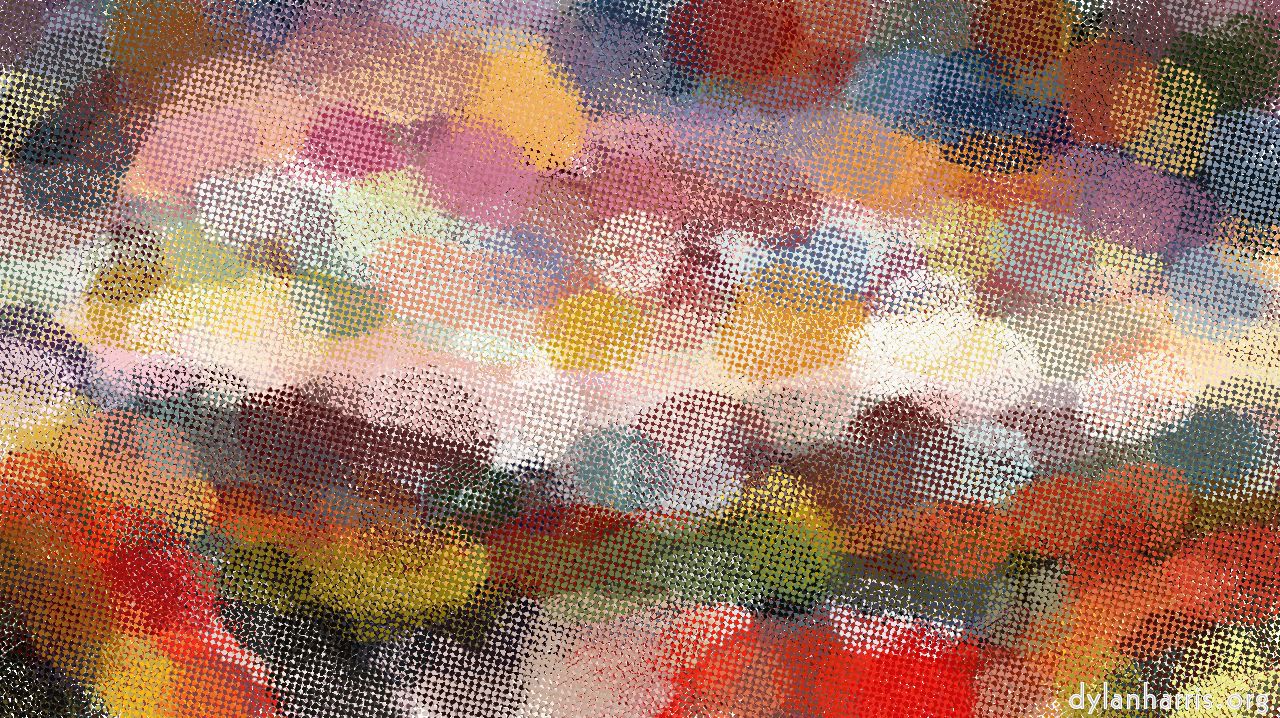 The ridicule test is different. It is a literary test, a story–teller test. Ridicule, like narrative, is one of the many techniques of literature. Like narrative, it does not describe reality, rather it provides a way for the flawed human mind to come to terms with reality. It is a test of human flaws. It is a test of literature, of the scriptures themselves, of how you interpret them, the word of God. If the interpretation fails the ridicule test, it is saying the scriptures are wrong, which is actually saying the interpretation is wrong.

Hence another importance of the ridicule test is that it tests the believers, and the nature of their belief. The heart does not like being shown to be wrong. The egotistical believer will get angry when shown to be wrong. Ridicule is rather good at bringing out anger. This is why anger at ridicule is a symptom of a false interpretation. It’s certainly not proof, although it does make the belief look silly, so harms the religion, but only in the way idiots harm anything they touch.

Many groups, not just religious groups, and not all religious groups, object to being ridiculed. That objection is a property of a group, not of religion. I see the objection as a symptom of weak understanding of their belief at best, or, at worst, a symptom of a false belief. As such, the ridicule test is a test of the nature of their belief, not of the thing believed.

If ridicule of your religion makes you angry, then your faith is weak. It is not the ridiculers who are wrong, it is you. You should thank those who ridicule you for their discovery, you should work to find where your belief is flawed, and you should address that weakness. Perhaps you will overcome the weakness and strengthen your interpretation. Perhaps you will find the error exposed is irreparable, and jettison the interpretation for something that has not been proven false, something that suites your nature. 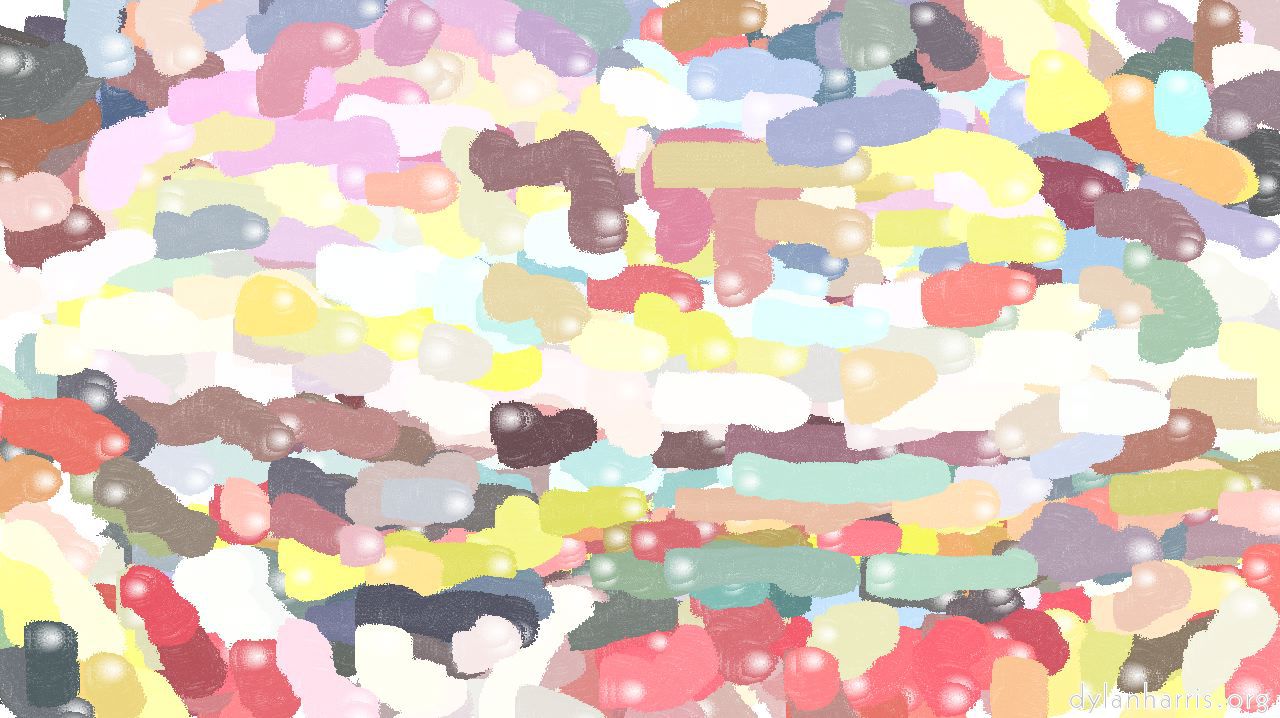 If an interpretation of a religion denies reality, reason and ridicule, then it is wrong in all respects. If, for example, a group denies the teaching of evolution and philosophy, and kills people who ridicule them, then that group are about as wrong as it is possible to be. That’s why the Islamic State is not Islamic. You don’t need to be a Muslim to work that out.

I intend to use these three Rs to find groups of religious people with whom I can converse. I’ll use them to exclude the obviously false. It doesn’t mean those groups I find that pass these three Rs represent the truth, whatever that is, it simply means I’ll have found a potentially interesting conversation. It will be interesting to explore the cultural heritage of religion with believers who do not insist on the obviously false.

I can examine religions that have had a long influence on British culture. I can look at Christianity, its myriad flavours, at Judaism, at Wikka. I can look at the religions of decidéd influence, such as Islam, Hinduism, Buddhism—and humanism. I can continue to explore the now dominant secularism. I can talk with them using the language of Klaas Hendrikse, as I understand it, that God is a word for human experience.

Of course, whether they’ll be willing to talk to me, given my tests, is quite a different matter.