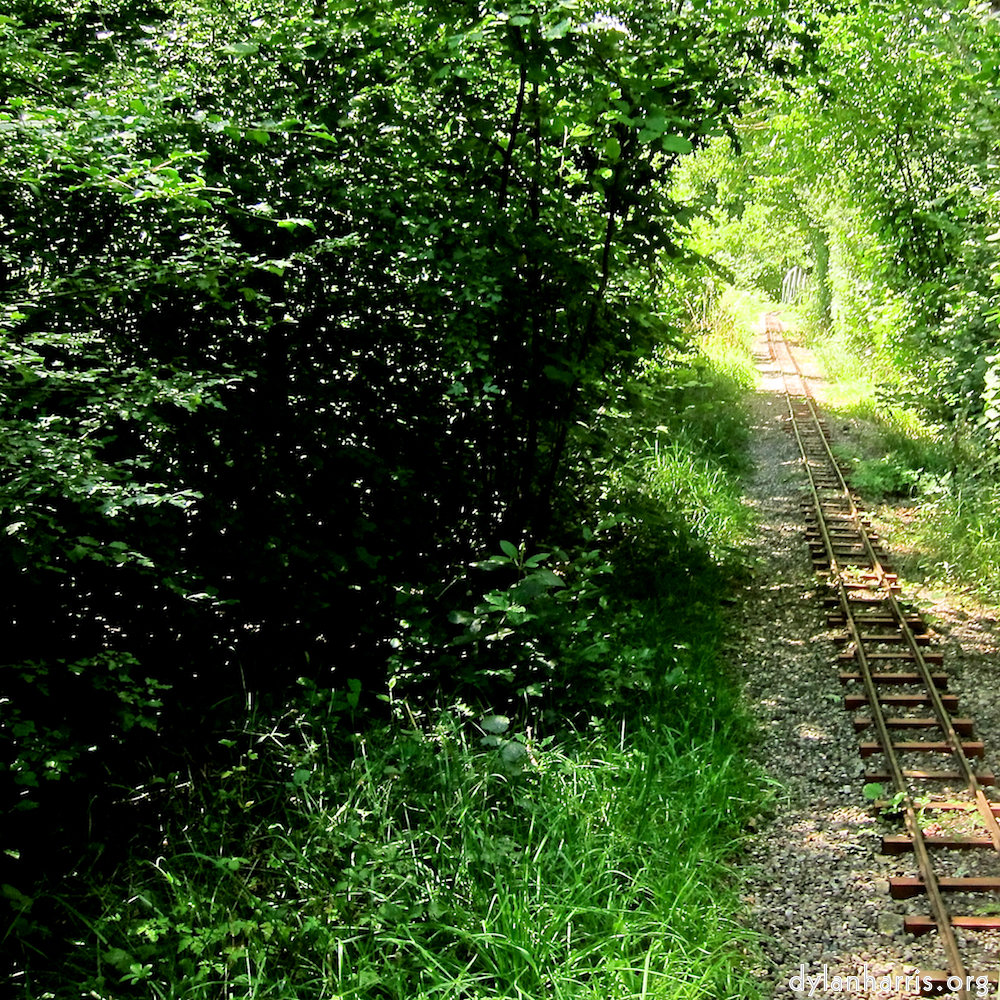 I’m recovering from pneumonia, and had insufficient stamina to exhibit at Konscht am Gronn today, more’s the pity.

So we sought something else to do. It turns out there’s a local miniature railway here in Esch. It runs along the edge of town, into the northern forest. There’s also a branch into the local mountains, but we took the forest train today.

In a dose of complete dimwitted stupidity, I failed to get a camera out until the end of the journey. All you see in the photos are tracks that could do with some weeding, and some sun. I completely missed the moody shadows in the depths of the forest, let alone the wolves that ran … well, walked … alongside the train for a couple of kilometres.

Wolves … how shall I put it … they were really a bit small … are there such things as Yorkshire Wolves? Anyway, to be honest, I think I would have been more impressed with the pack had the animals bothered to get out of their owners’ handbags.

Anyway, it was a fun little trip, especially since I was riding shotgun, and managed to wing a bear. Well … wing … erm … that might be a slight exaggeration … let me more accurately claim I made it jump and almost drop its jar of marmalade.