I attended Indieweb Camp in Berlin last weekend. It was held in Mozilla’s Berlin offices, which appears to be a rather good place to work.

It consisted of a series of introductions, a set of seminars, and a day of programming. It was rather like a day at work! 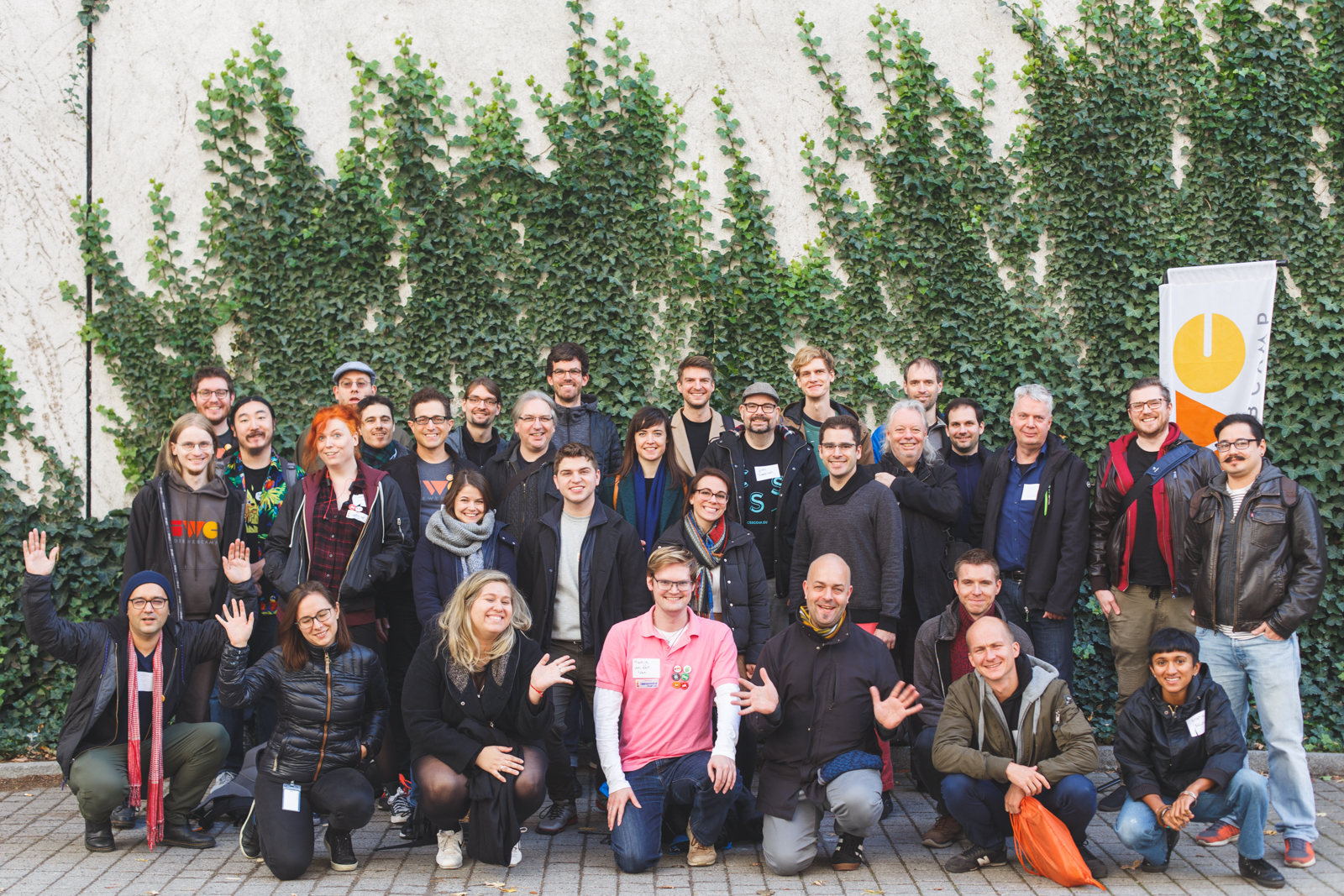 However, the common purpose was the indieweb, and the various people there were creating or enhancing their own personal websites. I have one of them!

The seminars on the first day introduced ideas, tricks and techniques to people. Actually, they were more than that: there’s quite a lot of thought about philosophical underpinnings, and rights and responsibilities underlying individual’s websites.

It was clear from the seminars that not only can anyone can set up a personal indieweb website, via wordpress, but a lot of people are doing so.

There’s a lot going on, and a lot of ideas and thoughts to steal. But I have to start somewhere, so I concentrated on things that would allow me to make immediate improvements to arts & ego. With that in mind, I got two things out of the event.

Firstly, I can introduce relayd on my outer firewall to redirect incoming web queries to separate servers depending on the domain requested. I publish corrupt press and arts & ego—and I use a raspberry pi for a cloud server on a separate port. Right now, my setup forces the latter to sit on a weird port.

Relayd will allow me to integrate the lot on standard ports, so making such things as HTTPS certificates easier to manage. This shouldn’t be too difficult to configure, once I get the time to do the work. I was going to do it on the train back from the web camp, but that dratted thing was old stock without power sockets.

Secondly, I was advised how to start integrating arts & ego into the indieweb, by importing webmentions.

This will actually be quite a lot of work. Although arts & ego is and will always be static, webmentions are dynamic. I can square the circle by having my server grab changes from an external webmention service and integrate them into the relevant static page, but that’s not an instant task.

The difficulty with webmentions is not doing the coding—that’s simple—but doing the testing. I have to set something else up elsewhere so I can create a webmention, to make sure it displays on arts & ego correctly. Fortunately, there are some public tools to assist, such as webmention.rocks. But testing really needs to be integrated into my website test suite, and that’s actually where the work lies. Still, it shouldn’t be so difficult to get started.

So, I came out of the camp with some clear and obvious goals of things to get done. But was it worth going? I think so, but I’m not absolutely sure. I already knew about the webmention thing. The relayd idea is an old one, although new to me: I’d have worked it out at some point. But I think, actually, there might be some useful contacts and ideas to grab once I’ve got arts & ego properly integrated into indieweb. I think I might go to another one once everything’s in place.

Also, of course, it was a good excuse to visit Berlin.


PS the official group photo is by Julie Anne Noying.