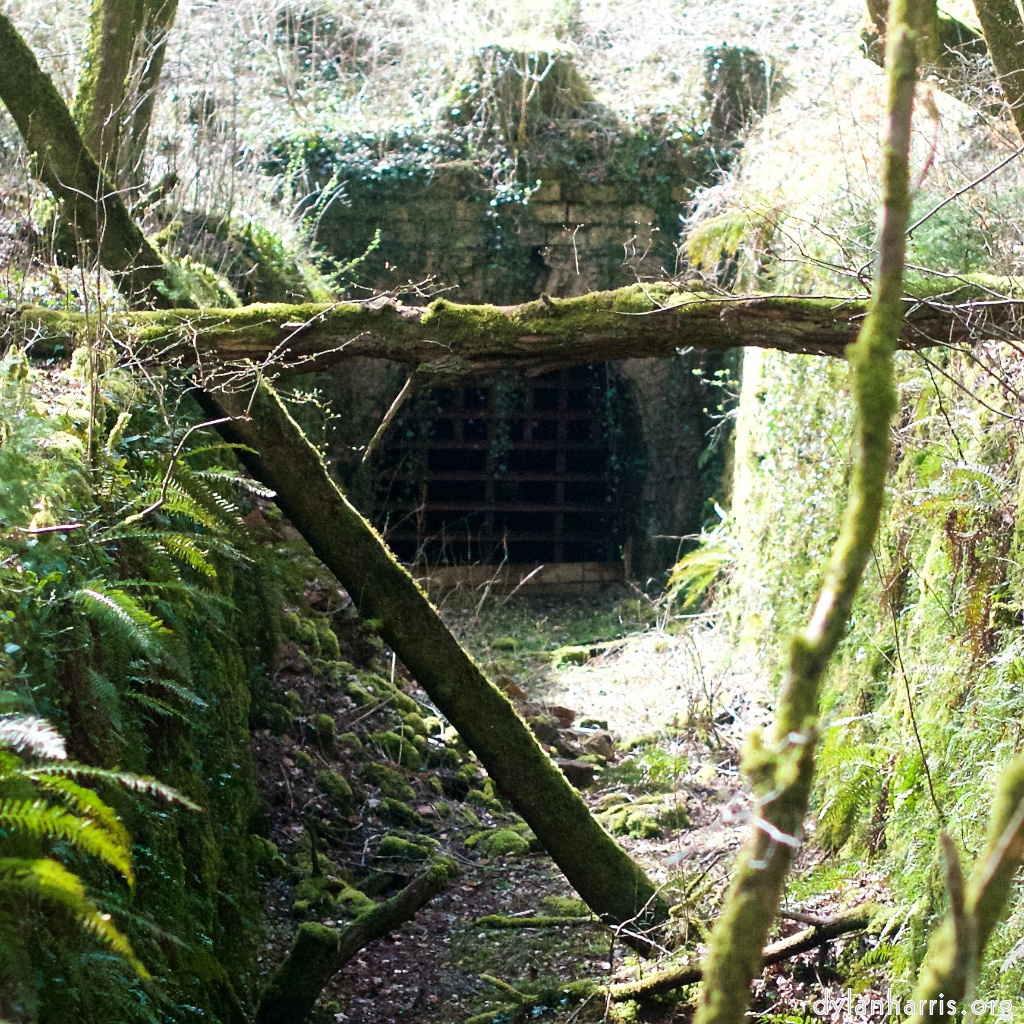 One of the advantages of living in Esch (–sur–Alzette) is that it has a huge country park. The park is bigger than the rest of the town put together.

To call it a country park is correct, but wrong. It’s right in concept, but wrong in context. It is a massive, open, wild park, which includes some areas of what are called, in England, sites of special scientific interest. It is wrong because, in English, a country park suggests an area of land once owned by the aristocracy and kept wild, usually to hunt tasty animals or troublesome peasants.

The park is not an aristocrat’s ancient playground, but a recovering industrial zone. This wild countryside is full of industrial ruins. What is now woodland, complete with deer, was, a century ago, one of the biggest iron producing regions in the world.

In our walk today, of about 5 kilometres, around a corner of the park, we saw a old narrow gauge railway tunnel entrance, and followed part of a long abandoned tram route. The tunnel could once have been to a mine; this area is full of them. The tram route was new to me.

This area has a rich industrial heritage. I think I’d like to know more about it.