We went to the Mersch annual balloon sprint yesterday. It was the first time I’ve ever been to one of these things. I’m completely ignorant of this sport. 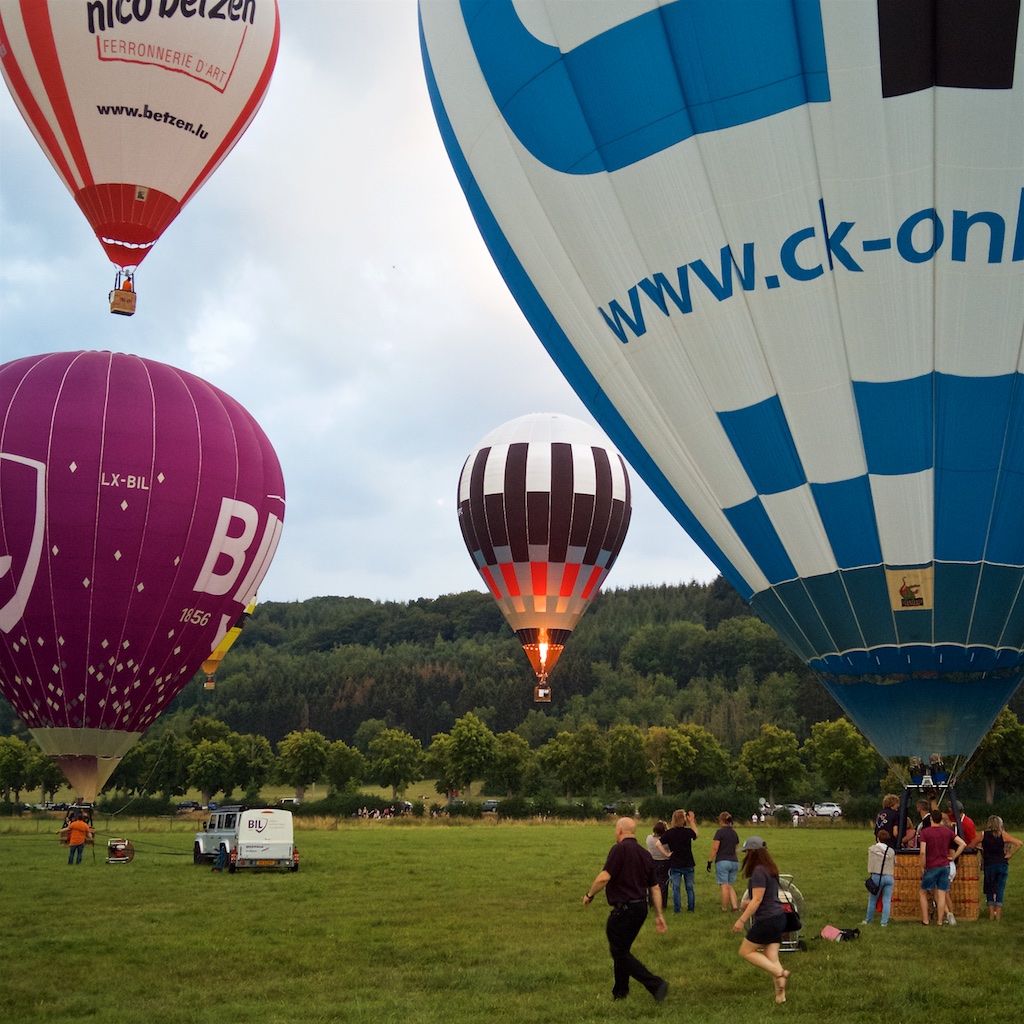 This event was a festival involving lots of hot air balloons and even more fast food, with some parachutists for seasoning. The balloon landing fields felt like a hot air lek.

A number of hot air balloons, one by one, rose up from behind the church, floated across the village, and threw what looked like a heavy object, with a streamer attached, into the crowd. What made it more difficult for the pilots (?) was that a storm was threatening to blow up, and the wind was blowing chunkily, mostly in the wrong direction. Yet they somehow managed to get roughly where they wanted to go.

Judging by the way the balloons rose and fell between trees and each other, the winds were blowing in different directions at different heights, with Mrs. Murgatroyd’s private garden being a particularly good dipping place to avoid a nasty piece of wrong way breeze. From the faint shrieks, I suspect she was skinny dipping again. The shrieks repeated as different balloons drifted by, so I guess she wasn’t too unhappy with the turn of events. You’ve got to get what thrills you can when you’re 87.

I think those things the pilots threw into the crowd were meant to land in a small square crowd–free space. Doing so would prove they could navigate to something the size of a small allotment even when a storm with its nasty winds threatened to come and stomp on the sprint (it didn’t, although we were all blessed by cool rain). A couple of pilots succeeded, including one young lady who followed up her success with a joyful in–basket bop.

It was interesting to watch, and I might come back next year with a proper camera to get some better photos, if there’s decent light. Beyond that, though, well, I’d never go up in one: for one thing, I can’t dance.