Ether One is a mystery / puzzle game, in which you attempt to help someone recover their memories.

An experimental new technique is being developed to help people suffering from dementia. As part of the research, you go into the memories of the sufferer to identify and restore key moments of their life.

You are alone in the setting, a small Cornish fishing village. You have to find some memories, and solve a number of puzzles, which involves exploring the village, the local tin mine, and the associated industrial complex. It’s more fun than that description suggests. 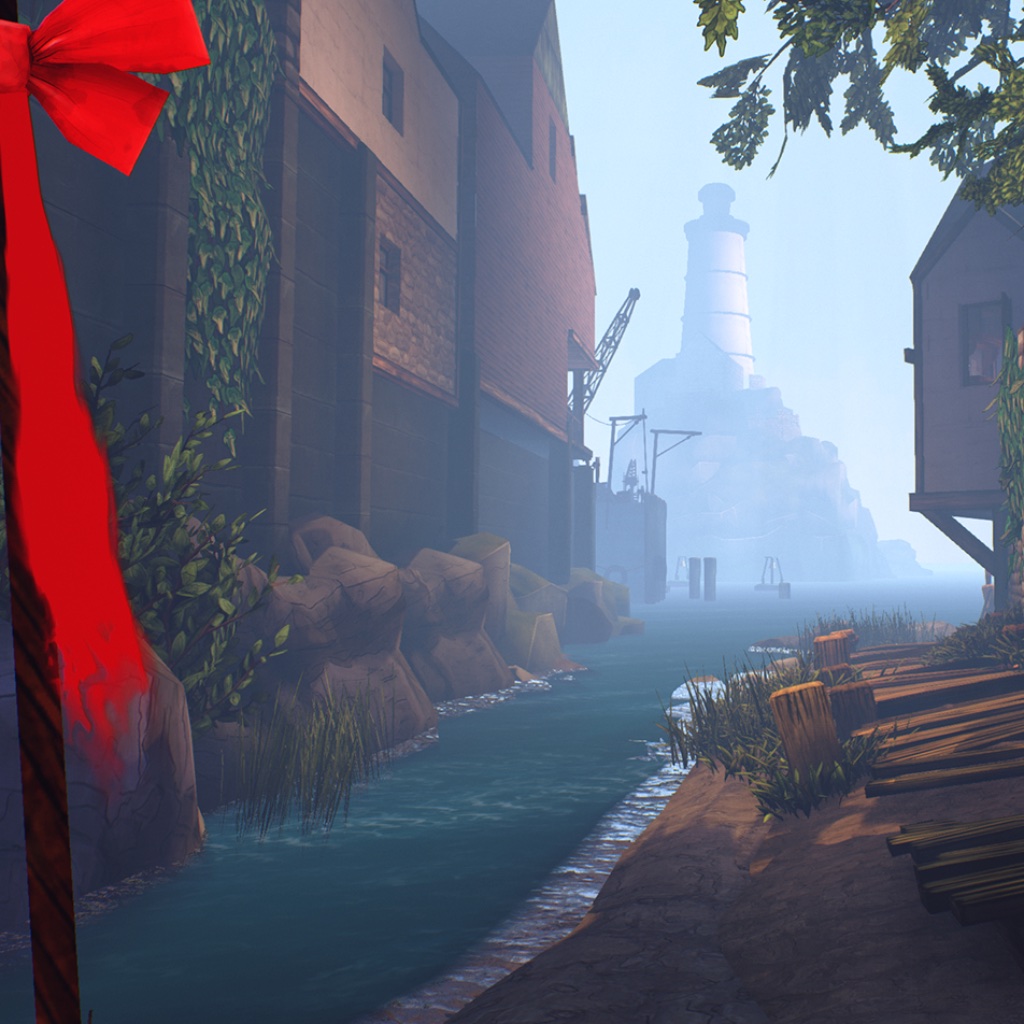 These puzzles are either deeply simple (find the big pretty bow), or really rather difficult. I had too many problems with the latter, or perhaps I’m just too dim for this game. Mind you, I could imagine an adult and younger child playing the game together; the child solves the easy puzzles, while the adult is defeated by the complex.

I don’t like the kind of puzzle game where the solutions are put on a plate in front of the user, but I do like the kind of puzzle game where I can suddenly see something, and think “Aha”. One reason I enjoyed the ancient game of Doom, in its day, was that the puzzles were very much “Aha”. I solved most of the puzzles in The Talos Principle similarly. Perhaps I have a particularly visual puzzle solving mind.

These puzzles, though, were pretty much all beyond me. Each consists of a number of parts, usually three, which have to be solved in order to retrieve notes of the lead researcher regarding the patient. I did succeed in solving a couple myself, but in the end I had to resort to a cheat sheet to complete the game. This is not satisfying. I had a similar difficulty with The Witness. I’m more forgiving of that game because the puzzles were difficult but not obscure. Those I could not solve were obviously due to me not getting them. In Ether One, the puzzles I could not solve were often simply too obscure.

The gameplay is simple but unproblematic. An idiosyncrasy is that you can only carry one object at a time. However, you can also ‘teleport’ to a central reference point whenever you wish, where there are ample shelves, so that’s not a problem. I prefer this approach to the old FPG idea of a boatload full of immense objects you just happen to be able to carry around with you.

What makes the game for me is the slowly revealed, strong storyline.

Coincidentally with my playing this game, which was written a few years ago, some real life researchers uncovered an unexpected result about dementia: some victims have huge numbers of a Herpes virus in their brain. If this result is confirmed, it suggests a very different cause, and different routes to find cures, for this pretty awful condition.

The atmosphere and layout of the game is some claustrophobic (there are mines!), but it works well. There are a number of small design touches and themes that add a pleasant colour and detail that make the setting feel real, in the context of the story. It’s definitely worth grabbing if you can find it on sale somewhere.