The Painscreek Killings is a whodunnit: you have to solve the murder of a local businesswomen. For most of the time, it is a 1980s style computer game painted in modern media. You uncover and follow clues until you solve the puzzle. It’s complex, fun, and rather well laid out.

You play a journalist searching for a story. There was a murder committed a while ago, a murder that was never solved. Can you get the scoop? Can you solve the crime when the police could not?

The plot is a little pot boiler –ish, with lots of deaths that the cops haven’t found particularly suspicious. To be fair, I’ve read worse. Anyway, this is a puzzle game, not a detective novel, and games usually have such dreadful plots that something better than the worst novel written is unusually special. The important point is that the plot does its job, to make the game believable. You can invest yourself in it. 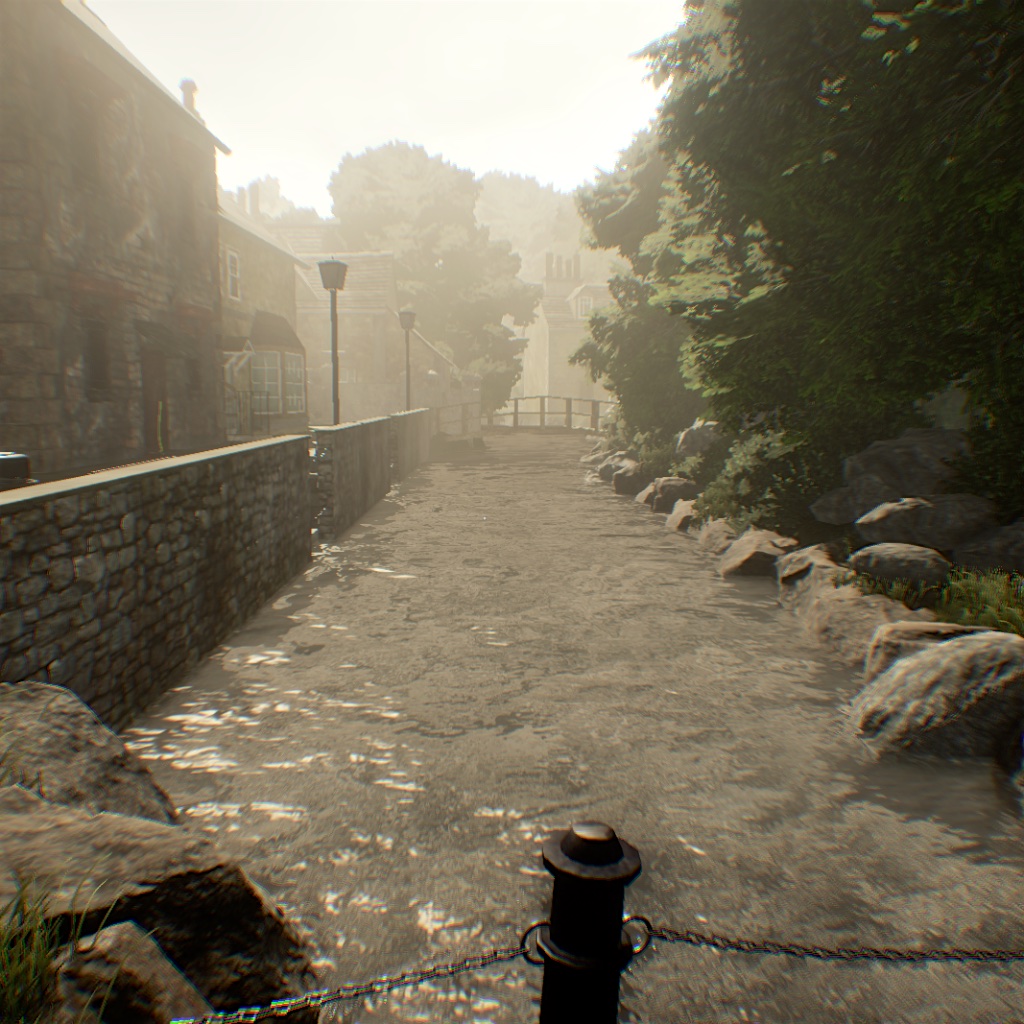 Here’s a spoiler for some: the plot feels so much like an early Agatha Christie novel that any fan reading this paragraph who then plays the game will identify the murderer very early on. Perhaps worse, at least for me, is that I now want to have another go while muttering to myself in a horribly fake Belgian accent.

The setting is an Americanised interpretation of a Cotswold village. I giggled at the Americanisation of Englishness, and no doubt American players can giggle at the silly Englishisms. In other words, the game space, and the graphical design that shows it, work. The music was nothing special, indeed I felt a number of the musical effects were a little simplistic, but it was never annoying, and it added colour where colour was sometimes needed. In both cases, the 1980s style shows through.

Until the messed up ending, there is no direct interaction with any other character. Everything you find is … well … found, as clues. In some respects, the Painscreek Killings feels like Sinclair Spectrum cassette games, where the same device is shared between many different characters to reveal information that helps you progress. You read diaries, you open draws, you find notes, you unlock doors, that kind of thing. This part of the game was well–balanced and enough of a challenge to be enjoyable. It is utterly unrealistic, but that doesn’t matter. It had the occasional, rather token, emotional tang. Indeed, to be honest, I found the plot hackneyed and clichéd around the edges, but that’s not so important given the core puzzle works well.

Oddly, given the hackneyed edges, the games misses the obvious clichéd activity that would have been perfect for the character you play. You are a journalist. You are searching the clues. The game has many bins. Yet it does not allow you to put those elements together and search those bins! Good God, diving into dustbins is the supposéd core search technique of all investigative journalists. It’s journalism 101! Mind you, this odd omission doesn’t matter a hoot.

The investigation phase would have been much better with character interaction, but there was none. The entire village was empty, unoccupied, dead. You are an archaeologist at a dig which nature has forgotten to ruin. This makes the ending’s change of mechanics even more unforgivable.

I really liked this game — until it was destroyed by a classic mistake, something I haven’t encountered for a while. The game is mostly puzzle solving, exposing clues, taking your time — then, suddenly, the mechanics change, everything changes, and the game becomes an idiot bossman battle. The design error ruined many early computer games, and I’d understood the games industry had got over their game wrecking bossman battle fetish. It seems not. I am extremely annoyed with this: the laziness of the designers in changing the gameplay rather than integrating what’s necessary throughout the game ruined it for me.

As soon as the game mechanics changed the game was finished for me. I didn’t just stop it, I uninstalled it. I felt betrayed. It’s like finding your brother has disowned his family — including you — and joined a cult, as though he considers giant invisible pixies, or whatever the cult promotes, is more important to him than the bond of kith & kin. It’s extremely annoying to have your enjoyment’s throat cut by a lack of basic editorial nous.

Until the bossman idiocy, the game was good fun, if a little too full of cold cliché pie. But I can’t recommend it: the bossman trash is unforgivable.