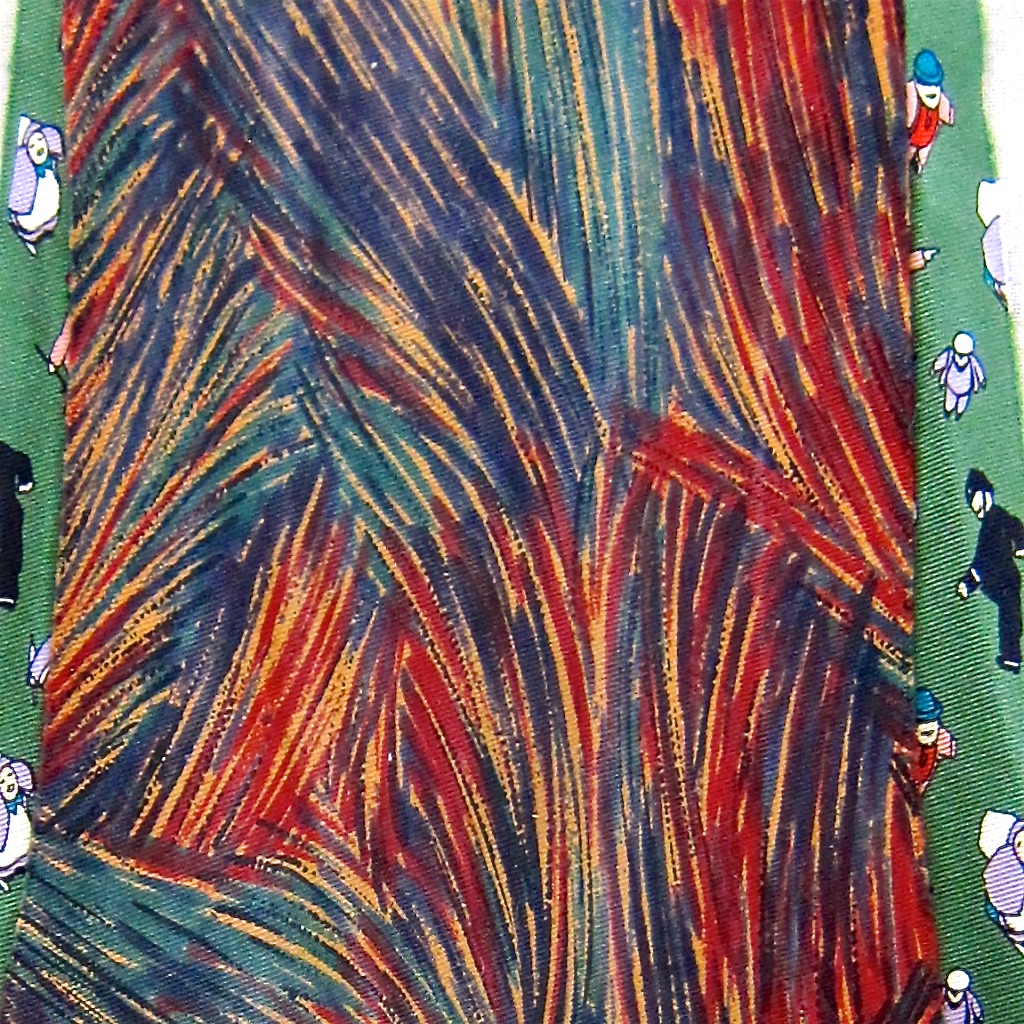 I’m not a natural wearer of ties, they serve no function. However, sometimes, they are obligatory, so I keep a few around just in case. Normally, they are obligatory for entirely spurious reasons, reflecting an abuse of authority, or as a mark of dubious profession standards such as sales or politics. About the only situation where I find a tie may be necessary is at certain funerals, mostly because I want to show support for the living, but I want to merge in to the crowd of supportive friends and family, so they can mourn without me accidentally disturbing the situation by wearing the wrong thing.

I keep a good selection of ties so that, if I’m forced to wear one because some overbearing fascist has decided to abuse a situation I can’t avoid, I can wear something deeply inappropriate. I don’t actually have any ties of naked playboy models, which would be an ideal reserve for a stuffy idiot, but I can do clashing colours, I can do inappropriate symbolism, I can tell the idiot off without opening my mouth, even if no one notices.

Or at least, I did. I noticed her indoors had a new cravat. I thought to myself, that’s odd, I’ve a tie like that. Hah! It turns out that she has long since known I’ve got ties. She’s never seen me wear one—Luxembourg suffers far less social power abuse that England. She needed a project. Some old shirts became skirts. Some old ties became cravats.

She does feel the cold easily, so I can see why she wants something decorative to put around her neck to keep a breeze away. I’ve kept my mouth very shut about the symbolism in some of the ties she’s half–inched, though.

Ah well, another social complication to keep in mind when we next visit blighty.