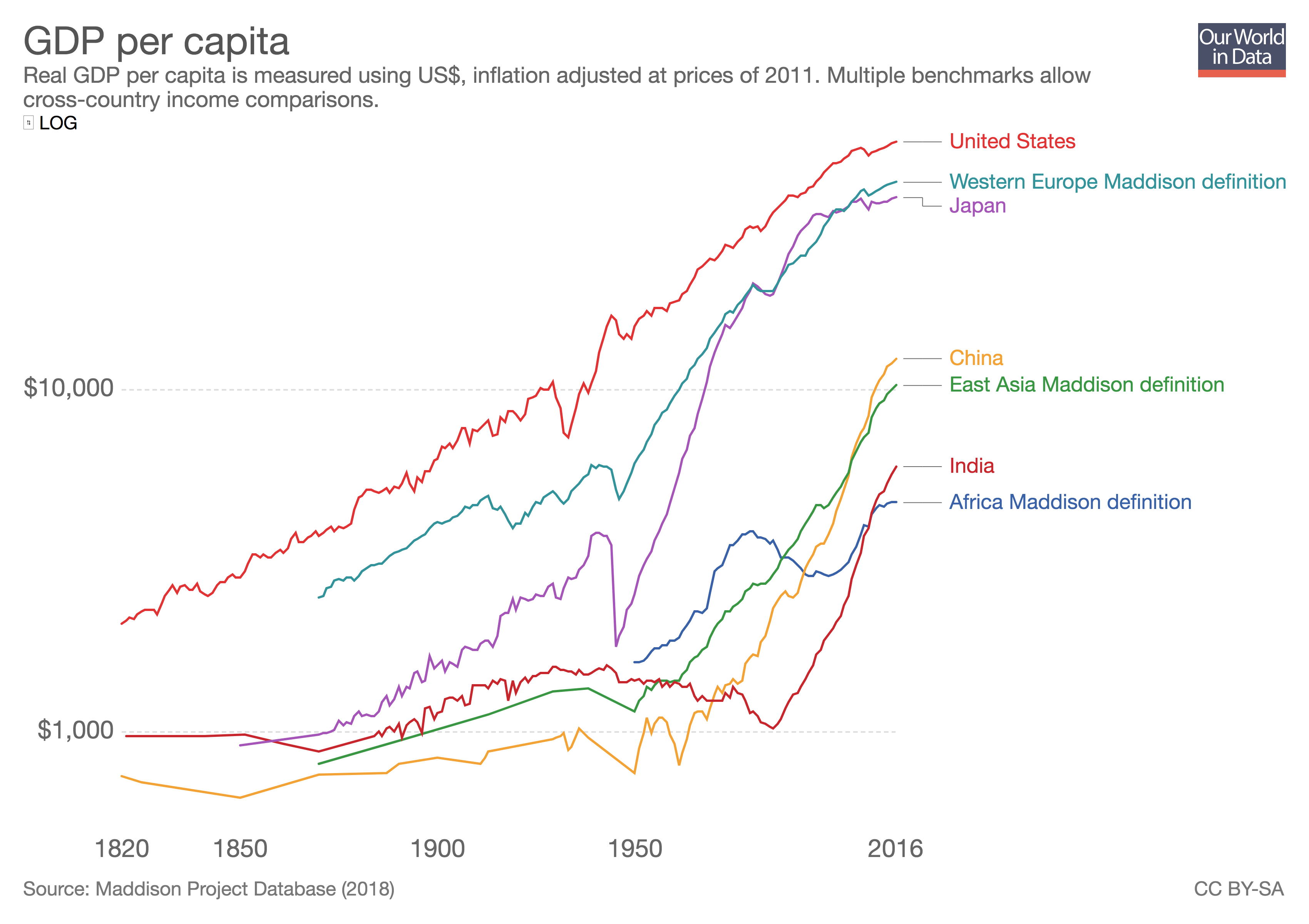 The number of times people have told me the USA is growing faster than the EU is getting silly.

In fact, their presumptions are wrong. As you can see from this table of GDP per capita, Western Europe has been growing very slightly faster than the US, overall (it’s from table 4 in seven charts that show the world is actually becoming a better place, published by The Conversation). This is despite economic troubles such as world wars and the oil shock, & with the unfortunate aid of the great depression.

In more important respects, Western Europe is considerably better off than the US. Life expectancy here exceeds that of the US by a couple of years, and there is lower infant mortality.