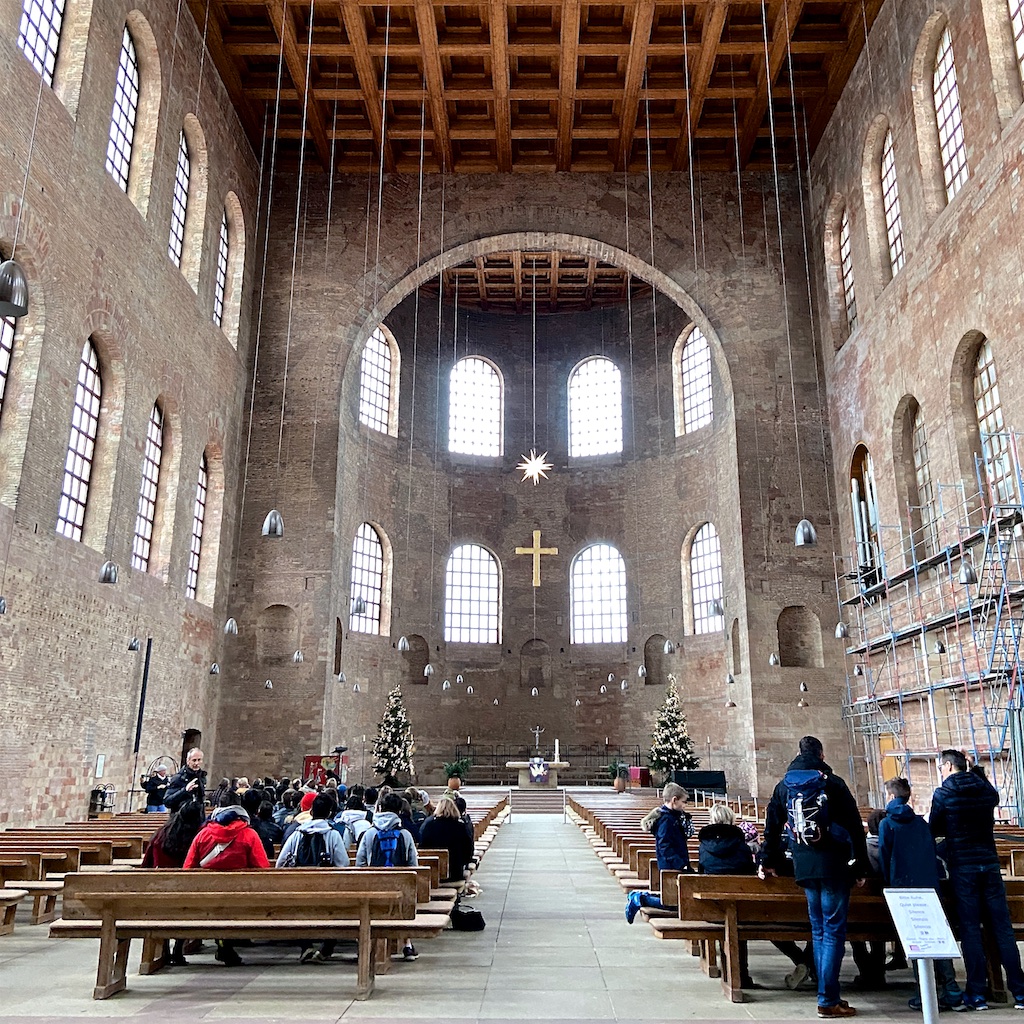 I was bought up a little distance from Cambridge. That city is rightly proud of the King’s College chapel, a magnificent and over the top piece of historic architecture.

But that chapel has nothing on another protestant chapel in another city, roughly the same distance from me now as Cambridge was when I was a child.

You might not think much of it looking at the attached photo, until you realise what it is. The brickwork might be a giveaway. The restored roof is in the correct style. The lights are not; they’re slightly too new.

King’s College Chapel, Cambridge, which took 75 years to build, was completed in 1515. It’s almost 500 years old, and a beautiful building.

The building in the photo was built more than a thousand years earlier. It is almost 1700 years old. It was constructed for the Roman emperor Constantine I. Like the chapel, it’s currently a protestant church, although, unlike the chapel, it was built for other reasons. It’s the Basilica of Constantine, in Trier, and it’s glorious.

The Basilica was badly damaged during WW2. It was restored in the 1950s by its current owners, the German Church of the Redeemer, with rather a lot of help from the German authorities.