Back in the 14th century, when I was knee–high to a sandal, I played & enjoyed the original Bioshock (which unfortunately I did not review). Ok, given the game was released in 2007, perhaps it wasn’t quite as long ago as that, but it certainly feels like it. So I can’t really compare the follow up game, Bioshock 2, to the original. 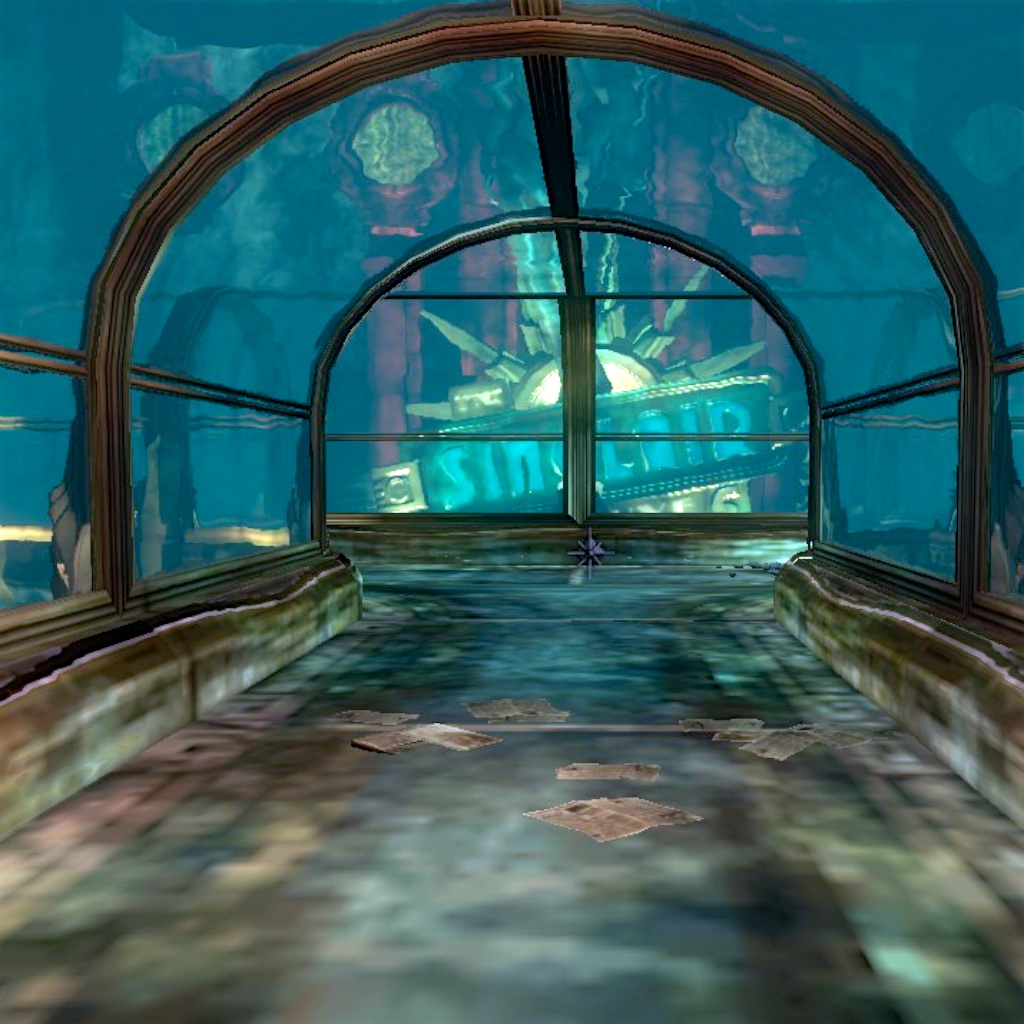 But that won’t stop me! Whilst the first Bioshock had a go at Ayn Rand’s dystopian philosophy of Objectivism, much loved by callous idiots, the second game has a go at collectivism in general, and the medieval concept of the common good in particular.

It really brings home the point that authoritarians often pursue their concept of what’s good for everyone without actually bothering to take into account the needs and nature of the people they control: power plus presumption equals disaster. As a liberal, this is what’s called ‘obvious’, but given the popularity of authoritarian idiots across the world (for example, Brazil, the Philippines), it’s clear that lots of people are oblivious to this folly. Anyway, enough of this.

The game was released quite some time ago, and I bought it, but I didn’t get round to playing it until now. That’s not unusual for me.

It’s a good, long and deep game. There you are. It was satisfying, it kept me going, there were a lot of challenges, but there was no stand out content. It played as expected: it did so well, but that’s all it did.

The visual feel of the game wasn’t bad, although I don’t think it shewed quite the same variety as the original. The gameplay worked well for me, although I have to admit I cheated and played it in muppet mode (in general, I find the gameplay of video games gets in the way of those games, so I minimise it). If the game had had something stunning in it, I’d replay it in rather difficult mode.

I happily recommend the game, if you have time to fill, but don’t bother if you only play one game a year and want something truly stunning.