These are two add–ons, Burial at Sea parts 1 and 2, extend Bioshock Infinite.

I played the original game rather a long time ago, probably around 2014/5, and remember enjoying it. It’s set in the flying city of Columbia. The two add–ons, though, return to the original Bioshock’s underwater city of Rapture. 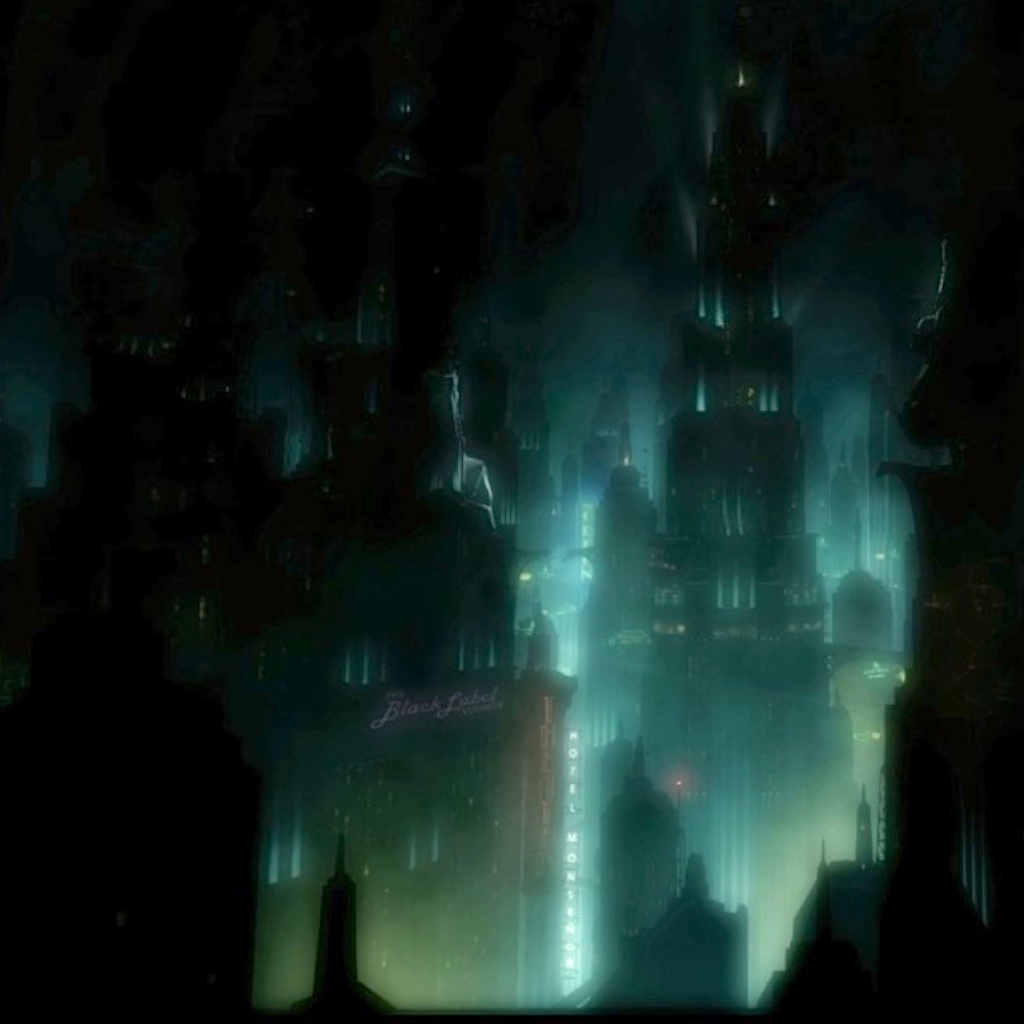 In each extension you play a different character, although, with one exception, the characterisation only affects the cut scenes, not the game play. That game play is fine, and pretty enjoyable. Unlike many game extensions, they’re well balanced, too: neither tries to load you with the kinds of overkill goodies in the first few rounds that the main game took the entire game to provide. Furthermore, the puzzles are not immediately obvious, and, unlike many extensions, nothing feels repetitive.

Although the cut scenes and characterisation certainly added some emotion, I very quickly felt the main thing they added was melodrama. This might be because they depend quite intensely on the story from Bioshock Infinite, which I played a while ago, so has faded. They may have been overdone, but, to be honest, it was good to feel something more in a game than self–congratulation at my dubious shooting skill, which of course was surreptitiously enhanced by the game.

All the same, they were melodrama. I guess video games are mass media material, so they aim for the mass market just as television does (I long since gave up watching the latter).

The first extensions melodrama was mostly shoved on at the end. I did originally wonder if it would have played out better had it been integrated properly into the game, but the second extension answered that for me: not really.

The game music was fun, the setting had character. Indeed, my favourite moment of the two extensions was a dream run in Paris, which had me laughing out loud at one point (a shop assistant’s reply to a request for a book).

Despite the melodrama, these two extensions are definitely worth playing. Play the main game first, and it’s probably better if you’ve played the original Bioshock beforehand too.