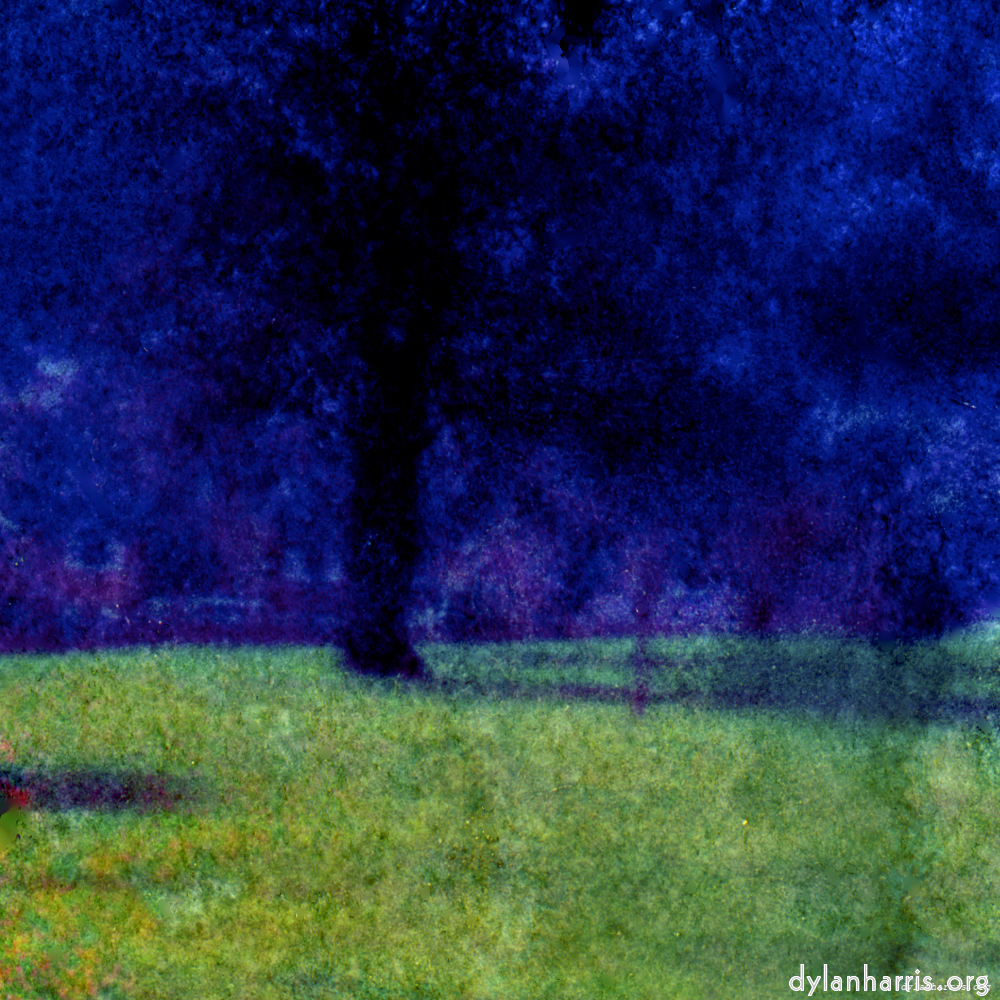 Despite the unreal feel to some damage images, they are photos. I caught, selected and framed their character using the camera, a buggy scanner, and the photographers’ standard weapons: crop, contrast, focus, etc..

The photos suffered two forms of corruption. Firstly, slides were stored for years in the damp. Mold found them. This was unwanted, but, were I still shooting slides, I’d try the same again.

Secondly, a scanner software bug replaced some areas of relatively flat contrast with blocks and lines. Interestingly, this rescued some bad photos.

I used the first photoset in my chapbook “the smoke”. I’s written more on damage.