This is a point and click puzzle game, and the point and click puzzles were fine. I’m pretty bad at them, which is probably why they keep me entertained for, well, minutes. Although I solved the majority of puzzles myself, my impatience led me to cheat in a few cases. This game made me realise this is a habit I have to break. I would have got more satisfaction solving the puzzles, because, in retrospect, I know I could have done so. In other words, I think the puzzles are well balanced, both in quantity and quality, but the player left something to be desired. 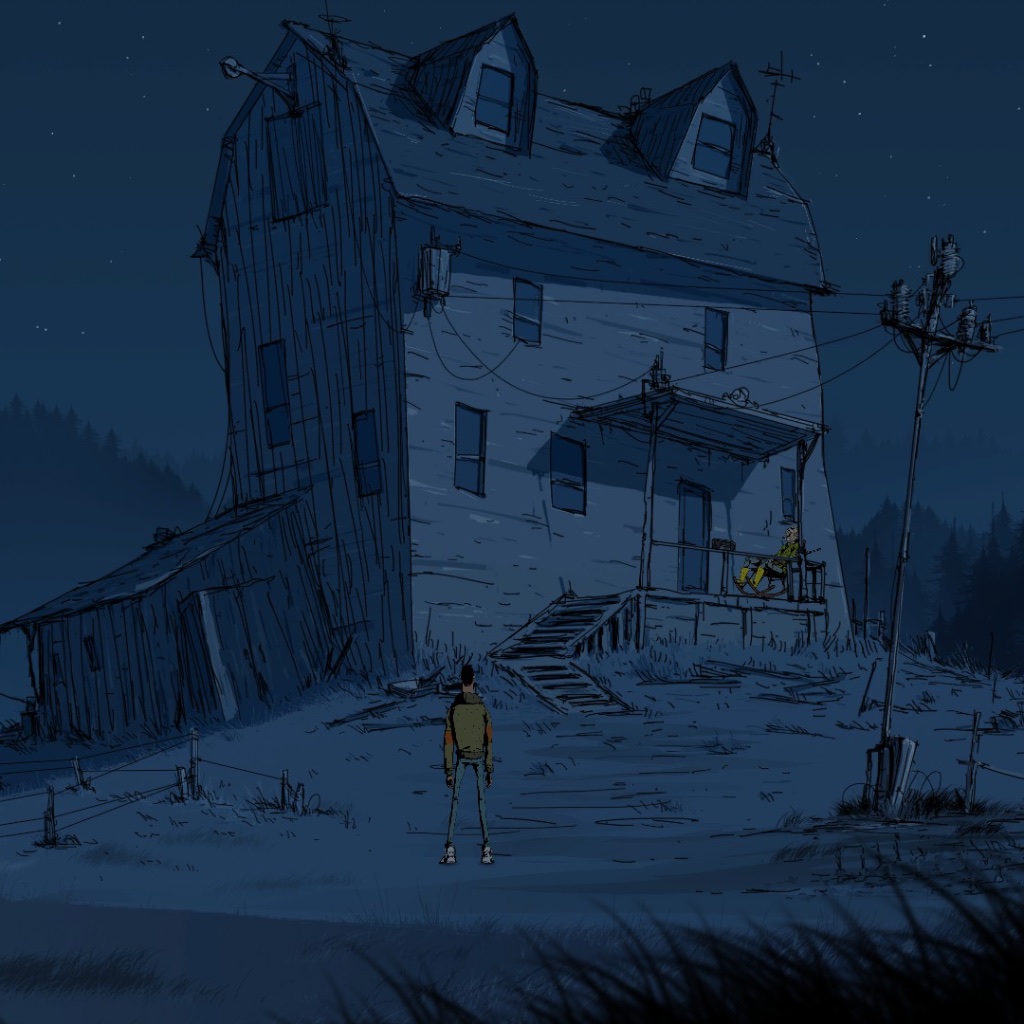 The game play was simple, classic point and click. There are some … strong … allowances to be made for the detail that this is a game: for example, the hero can jog tens of kilometres through forests, at night, repeatedly, in moments, undisturbed by branches, beasts or exhaustion. But I didn’t care, the absence of distance greatly assisted the gameplay, and, I suspect, allowed the developers to concentrate on the important stuff.

I don’t think there’s anything stunningly original in the style of the images; indeed, I found myself reminded of childhood cartoons and better quality comics. But so what? The visuals were apt and able, showing everything that needed to be shown, drawing attention when attention needed to be drawn, wasting little space. They all gave a strong feel for their location, whether city or wildlands, poor man’s flat or evil genius lair, junk yard or beach paradise. They were well done.

The characters are also drawn, rather obviously. A great deal of personality came out of these caricatures, although I did feel some of the women were rather too similar to each other, facially. Given that they were easily distinguished by clothing, voice and personality, this wasn’t a problem.

I rather liked the character interactions, particularly the dialogue. It communicated both the information necessary to continue the game, and it succinctly expressed the personalities, too. I got a good feel for a conversation that was unavoidably constrained by the needs of the game, yet did not feel compressed, even though things had to be kept fairly short, and the writers would never know in what order the player would do things. Yet the dialogue succeeded in communicating the character of the conversations, the flair and sharp edge of people, it made them as real as it could, given the format. I’ve met a lot worse. Having said that, the dialogue wasn’t quite sparkly enough for me, but, then, I’m still spoilt by Chandler, which is hardly fair on the game.

The music was subtle and simple, yet rather good. There were no sweeping orchestras or heavy metal screech, there were string quartets, there were solo instruments. It never got in the way, yet it communicated rather nicely the success, or otherwise, of the play, particularly when working on puzzles. Like the drawings, it was airy, and full of space. I rather liked it.

The game is let down by its plot. Now, don’t get me wrong, it’s quite understandable, it flows perfectly well from A to B, but that’s B as in movie, not B as in brilliant. In the end, I found the three baddies too one–dimensional. The goodie baddie goodie’s corruption was, well, it made no sense: or to be more precise, the character wasn’t nearly conflicted or distressed enough given the situation they’d put themself in (apologies, but I felt I had to use 14th century English language grammar to reduce, slightly, the risk of a spoiled plot). I fear the plot authors drew the events in simple black and white when the world is made of shades of grey — as those who drew the night make abundantly clear.

Far worse, the plot feels as though it has more holes than the Albert Hall. It became unbelievable. Now, some of the early weaknesses may actually arise from the format: I may have missed why a ‘historic’ event happened as it did because I didn’t find the right snippet of evidence. Indeed, perhaps the format requires a few holes to work: how can the game creators tidy loose ends when that format demands such tight snippets of dialogue? They did well enough to communicate personality and friendship in the short space available. Where is the room for tidying up lose ends without hammering in a blatant, unsatisfying kludge? 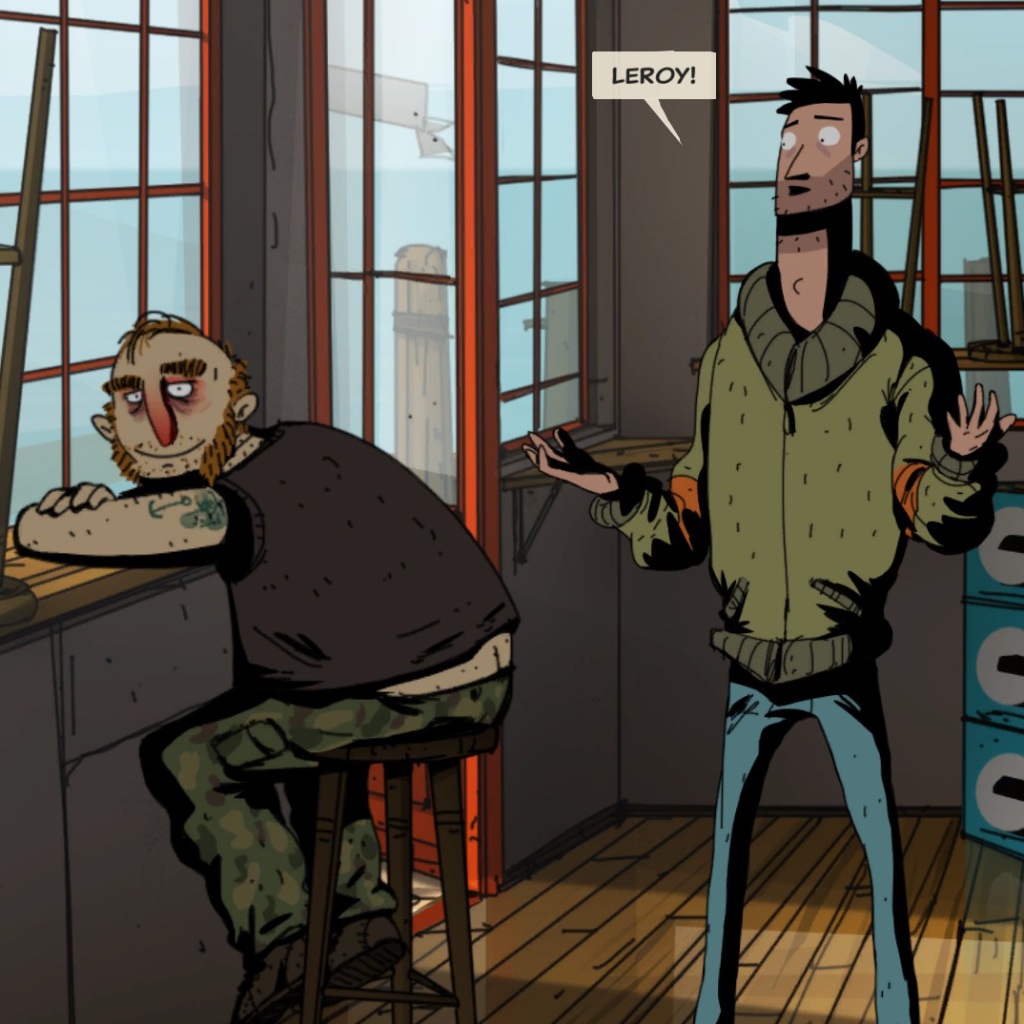 Unfortunately, the plot makes a core presumption about human nature that’s as simple minded as Noddy with a lobotomy; it’s a malign faith that I find not just untrue, but unbelievable. It’s a seven year old’s panic why, not the stuff of grown up thinking (although, admittedly, there are a lot of immature adults). I won’t say what the presumption is, for fear of spoiling the game, beyond mentioning lazy paranoia. The plot starts in three dimensions, and ends in one — well, maybe one and a half: the postscript has a hug.

Nor do I believe the basic premise of the lead character, the guy you play, mostly. I somehow doubt that someone who couldn’t be bothered to learn or work, a general bodger, will save the world. But that’s my cynicism: the no–good fixer turned hero is clearly a romanticism the game’s creators were chasing. They’ll have done their audience research, & worked heavily, building something for those who do neither. The lead character’s an out of time, naïve, wannabe aristocrat, born without a title, the right parents, or a feudal world. Having said that, he was amusing, entertaining to be with, and good company, so I’ll let his flaws pass me by.

Although the game takes a day or two to play through, it’s pretty tight. With a couple of exceptions, such as empty rooms, there’s no waste. The dialogues might be longer than strictly necessary to move the plot forward, but that excess is used in characterisation, in giving the game colour and depth. I might not have liked the plot, but it was lean; the various nooks and crannies of the adventure had their purpose in driving the overall story forward.

What was missing, though, was pizzazz. The game did not stun. It had a lot going for it, but it wasn’t bright light. It is a perfectly good game, but it didn’t shimmer genius at me, there is no shining sparkle. Perhaps it was a little too polished. It had its moments, there were nifty observations, there were laughs, there was (rather clichéd) tension, but it was not outrageously inspired.

For me, unforeseen incidents is definitely worth a purchase and a play, but I suggest, given its absence of pizzazz, that you seek it in the discount bins.