it’s a beautiful game. the scenes was imaginative and very well put together. the various settings were quite different to each other. sometimes i think the colour was a little overused, but perhaps i’m a sisley and they’re a monet. 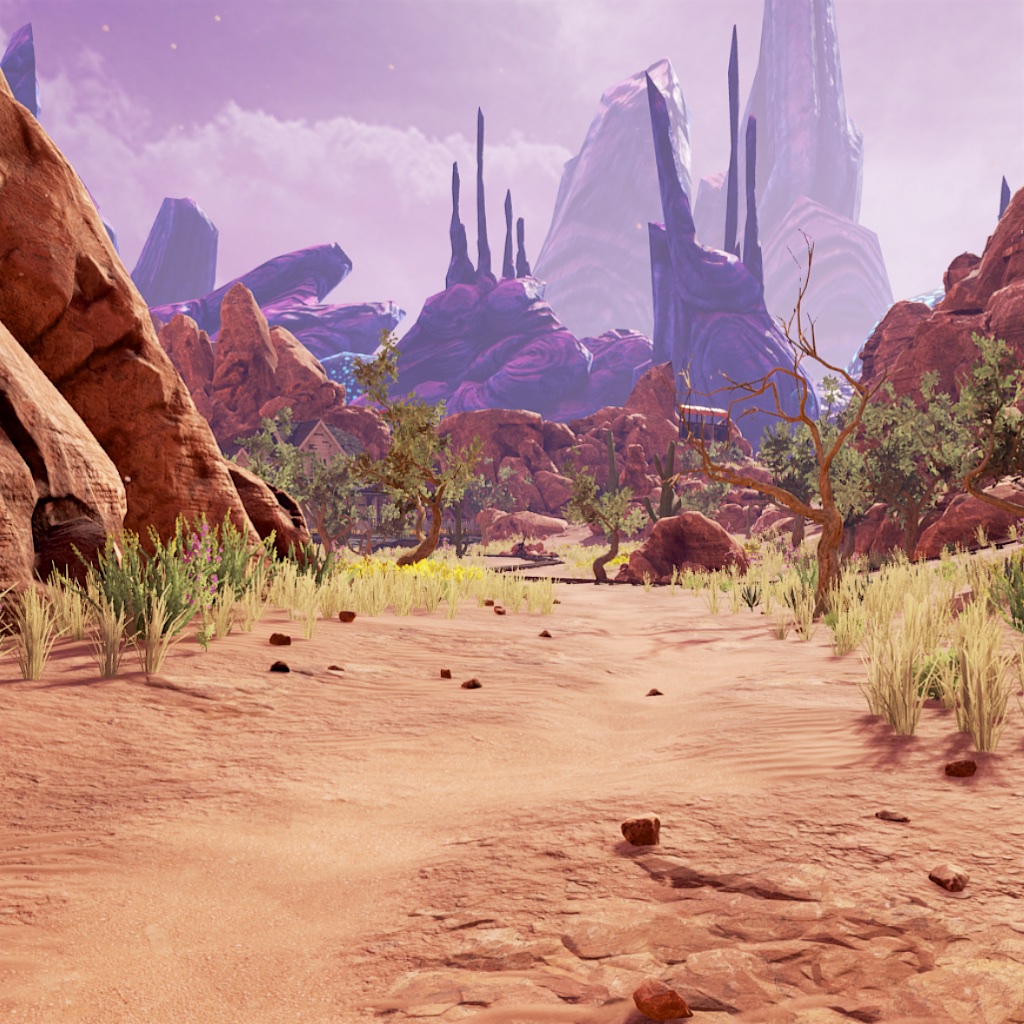 the sets all felt rather small, but none were repetitive and almost all used their space very well. the game opens in a stolen arizona, moves on to a brass and steam punk mad mountain, spends a while in a valley with rather too many garish ponds for my taste (with compensatory rainbow herons), and makes a brief detour to an island of melted doom.

the visual puzzles were never difficult. the puzzles involving codes got me, and i had to resort to cheating, but, in retrospect, the codes were hidden in places consistent with the plot, and i failed to pick them up properly. one set of puzzles involved a bespoke numbering system, which was a bugger to suss but was actually quite clever — i even found myself wanting to use it. i sussed it enough to work out the code for 1023, which resolved all but the simplest of the associated puzzles.

my main problem with the sound — there wasn’t enough of it. (perhaps it was an issue with the game on my newish imac.) the effects, what there were, were usually too quiet. i only heard music in a few places. what i heard was sometimes strange and powerful, always apt, and never ordinary. i wanted more — a lot more.

actually, i originally played obduction a number of years ago, when it was freshly released (i was one of many kickstarter funders). however, i made a major mistake of using a cheat guide when i could not solve a puzzle. i soon started following that guide, and lost of the pleasure of solving problems. penultimately, i put the game on one side intending to replay it when i’d forgotten the cheats.

when i came back to the game, i had the same problem in the same place: starting the generator. i was defeated by this puzzle first time round because i foolishly presumed the generator controls would be designed rationally. players have to turn on the generator, which means setting up the fuel line. it seems that, on these old generators, routing the fuel to the engine requires setting a lever to point to, not to the engine, but to the fuel waste. i’m very confident this bizarre control scheme reflects reality; there are too many examples of shite design around to conclude otherwise.

overall, i spent an enjoyable ten hours making my way to the end of obduction. i’m quite sure i missed some extra puzzles and devious corners out; i certainly haven’t visited all the places to visit. I don’t know whether i’ll go back to the game to do so; if i do it won’t be for a few years, when some of the slower puzzles will be fresh again, and thus not irritating to replay.

obduction is definitely worth a bargain bin pickup, and probably worth a discounted purchase too. i wouldn’t suggest paying full price for it though.