Here we have a permanent and collectable symbol of brexiteer incompetence, a new two pound coin that features: 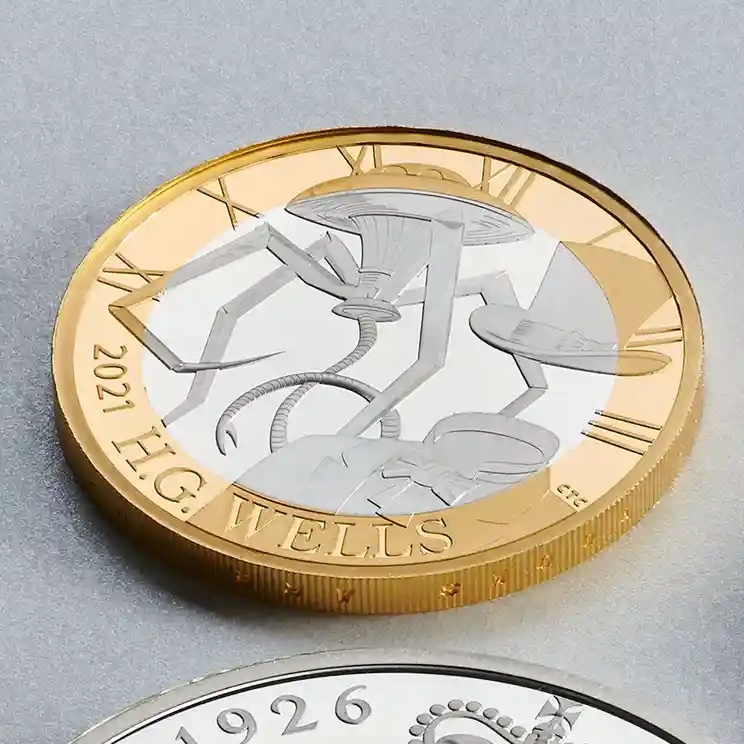 Of course, these consequences are nothing compared to the thousands of additional UK deaths from the mishandling of Covid–19, nor the hundreds of thousands of job losses because the Brexiteers rushed, and so screwed up, the Brexit negotiations.

However, this symbol won’t fade into history quite so easily, because, given the typical behaviour of coin collectors, the coins will be kept and shined and buffed and remarked upon for centuries. Those collectors’ pride will ensure stories about Brexiteer incompetence stay in living memory for a very long time indeed.

As the Grauniad report states, the coin incorrectly quotes HG Wells using “Good books are warehouses of ideas”, when in fact he wrote “Good books are warehouses of ideals”. Furthermore, the people who decided to use the misquote appear to have presumed that the author’s opinions are those of his characters. Given what that character apparently says about ideals, it appears that the Royal Mint believe that ideas are best locked up, out of reach to all but the rich.

And as for a tripod with four legs…!

There are other errors too, apparently, but I really have too little knowledge of the history of hats to comment.

I will give the mint one thing, though, this coin will sell. I certainly want one, to wave it in the face of Brexiteers, saying we–told–you–so, forever and forever, amen.

Photo by the Royal Mint, via the Guardian.