In a previous blog entry, I said the conflict in No Man’s Sky (NMS) is poor. I was wrong, it is utter shite. Let me explain why: 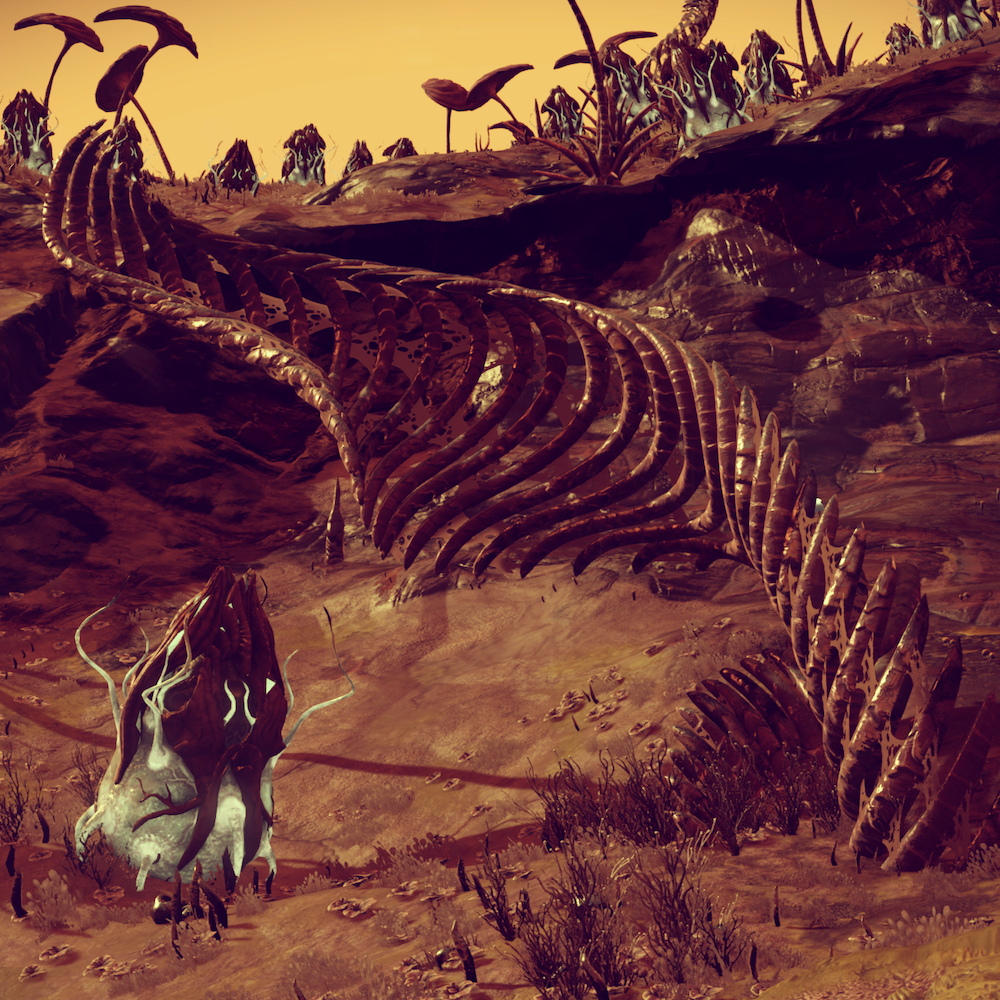 The only thing it has in its favour is that it is normally possible to simply run away from the sh*te, so that’s what I usually do. It’s fortunate for the game that it has a good number of excellent features, and I can enjoy them whilst remaining stunned that such brilliance can be in the same game as such pustules. It’s like going to a superb dinner run by a maître with a world class reputation, eating a dozen courses of incredible starters, then being served the main dish of a warm corpse still in its hobo clothes.

Games often have an underlying philosophy, and here it shows. Violence and criminal behaviour is a symptom of a badly run society. For example, I see on American social sites regular stories of how American policemen pay for something a kid has stolen out of desperation, showing that American is so badly run the people are forced to commit criminal acts to survive and depend on random good fortune not to be punished for trying to stay alive. Other parts of the real world are civilised enough to ensure their citizens can eat, no matter what. In NMS, there are no civilised societies; all the different planets and world and galaxies are run by structurally corrupt and incompetent societies, because they’re full of people forced to attack others.

To make it clear, NMS doesn’t ape all the nastiness in America. For example, the US has a severe problem with terrorism as political extremists mass–murder schoolchildren, yet American politicians do nothing significant to fix it. Entirely by coincidence, of course, at the same time, most of those politicians receive lots and lots of money from corporations who just so happen to have a vested interest in blocking laws that would stop the terrorism in its tracks, such as gun manufacturers. NMS has no corruption.

All the same, the basic underlying philosophy of NMS is clearly that well–managed societies are impossible, despite the blatant evidence otherwise in the real world. In some respects, that makes sense: underneath all the flaws, NMS is an excellent exploration game, so perhaps it’s constructed to encourage everyone to get away from the corrupt & incompetent societies and explore the vast wilderness. No that’s not it: the fighting crap is far too complex to exist solely to drive players to exploration.

NMS is one of those rare games which could be dramatically improved by throwing a significant chunk out of the game and dumping it in the sewers, where it could do something useful like choking to death fatburg–gorged alligators.