I’ve been playing No Man’s Sky for a few months. Despite all that time, I’ve not explored all the features of the game. I’m currently visiting all 255 galaxies (I’ve got to 168).

The appeal of the game is the wonderful imagination behind the almost infinite quantity of settings. Hello games have created worlds, each of which is assembled from a limited but billiant set of components to make something, so far as I can tell, pretty unique per planet visited. Admittedly, certainly things do get overfamiliar after extension play, but there’s enough unique mixing of components to compensate. Unsurprisingly, though, they’re not as varied as the real thing: for example, there are no gas giants, no wildly imaginative wildlife in their atmospheres, no associated bloated intelligense. The game was a great stride forward, but there are many more strides to come. 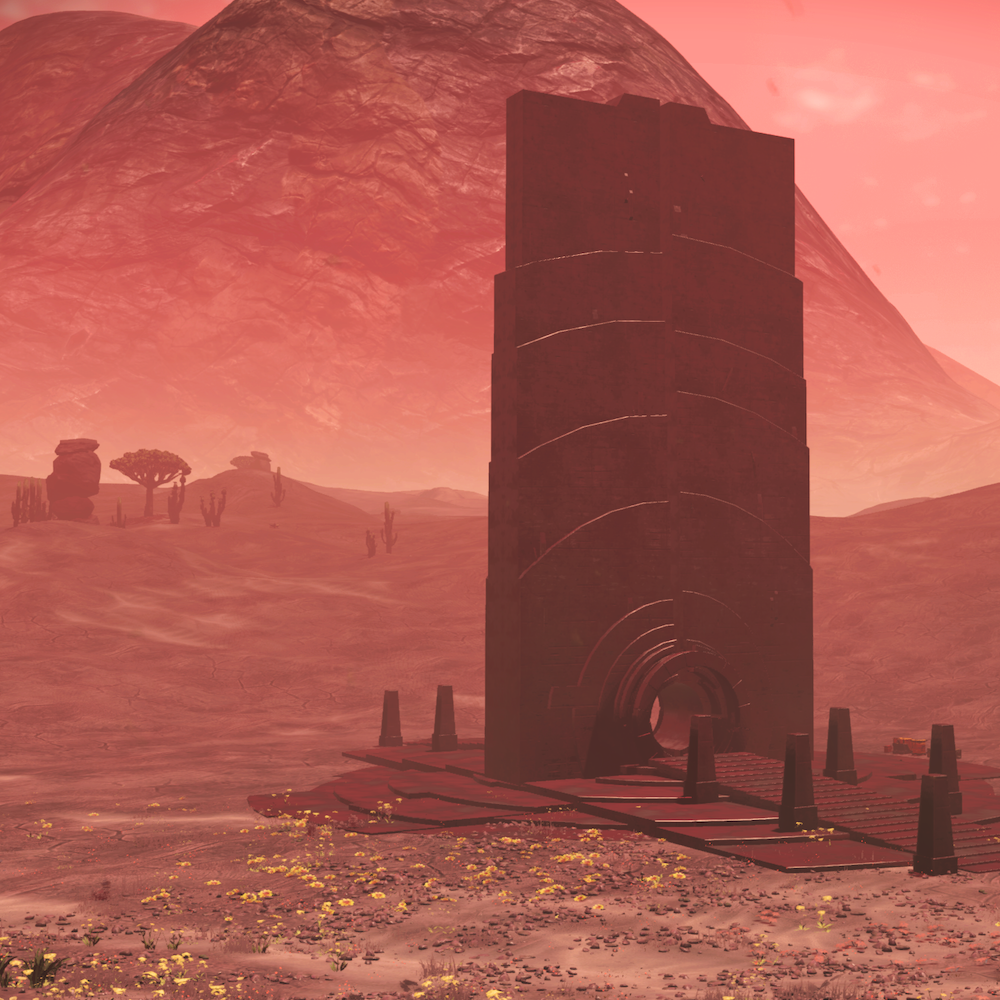 Although the nature of each planet feels unique, the layout of the common buildings on the planet never seem the change. The limits to the creatures are fairly stark, although in that case the detail that they have to be animated for all kinds of behaviour actually means what’s there is more than a little impressive. The plant life is richer, although still pretty limited, probably because it doesn’t need animating (a weakness of the game is that it has weather but neither plants nor animals respond to it, which I simply think reflects a lack of inifinite staff). Still, I pretend that the game offers architypes rather than, as it says, species, and then it works. There’s also some rather rich imagination in the creatures, which compensates for the bit too often same again. I really do enjoy the richness of the playing environment, and its partially that that keeps me returning to the game.

There are gameplay riches that I have not explored. For example, players can have pets, indeed armoured pets. Indeed, so far as I can see, a played can mess around with a pet’s DNA and change the animals they own. Players can kill also animals, I suspect including pets, and get meat from them. That’s not required in the game, so I bring my vegetarianism across. Thing is, they can kill their pets, and no doubt add their meat to the chef’s ingrediants. Yes, the played can be a chef too. So they can be just like a real life farmer. Who would do that? I wonder what the statistics say.

Pets weren’t in the original game, I believe, but were introduced later. Every so often, Hello Games introduces something new. Many additions have been made. A while ago, they introduced communities. You could become the local mayor / overseer / etc. and develop the community into a succesful source of resources. That was fairly fun.

I have a problem with the latest two layers. They both involve violence. Now, to be fair to Hello games, it’s always possible to avoid the violent gameplay by running away, but it’d have been much better to have change the gameplay so the violent bits were fun to play. Perhaps that was considered a change too radical.

Unfortunately, they turn what was chore into something far more irritating. I used to put up with the pointless fights, it was quicker to deal with them than not. Now, though, the pointless fights last longer and there are more of them: it’s become quicker to run away. They are such a waste of time, though, and are starting to really get in the way of the pleasure of the game.

It’s not that I don’t like doing the in–game nasty stuff. When I played The Outer Worlds, I found myself playing a very violent style. I was able to complete the game at Nightmare level because I could play my favourite style of violence: I’ve sorry to say it’s the sneaky sniper way. I prefer to avoid enemies, but if I can’t avoid them, I prefer to get rid of them before they know I’m there.

Neither gameplay is possible in NMS. Despite all the recent additions to the games violence mode, one cannot snipe, and one cannot sneak. One can run away, thank God, so the turgid idiocy is avoidable, but it’s not the same thing. Fighting and battles were always an unpleasent chore in No Man’s Sky, and all the recent changes have done is made them more complicated and longer lasting. I stopped playing certain sections of the game because they’s become infused with pointless, unavoidable, boring violence.

Were I coming across No Man’s Sky now for the first time, I doubt I would hang around. The pleasures and joy of exploration and experience are being replaced by the dull violence. They’ve replaced strawberries with toothache.