before blog
a giveaway 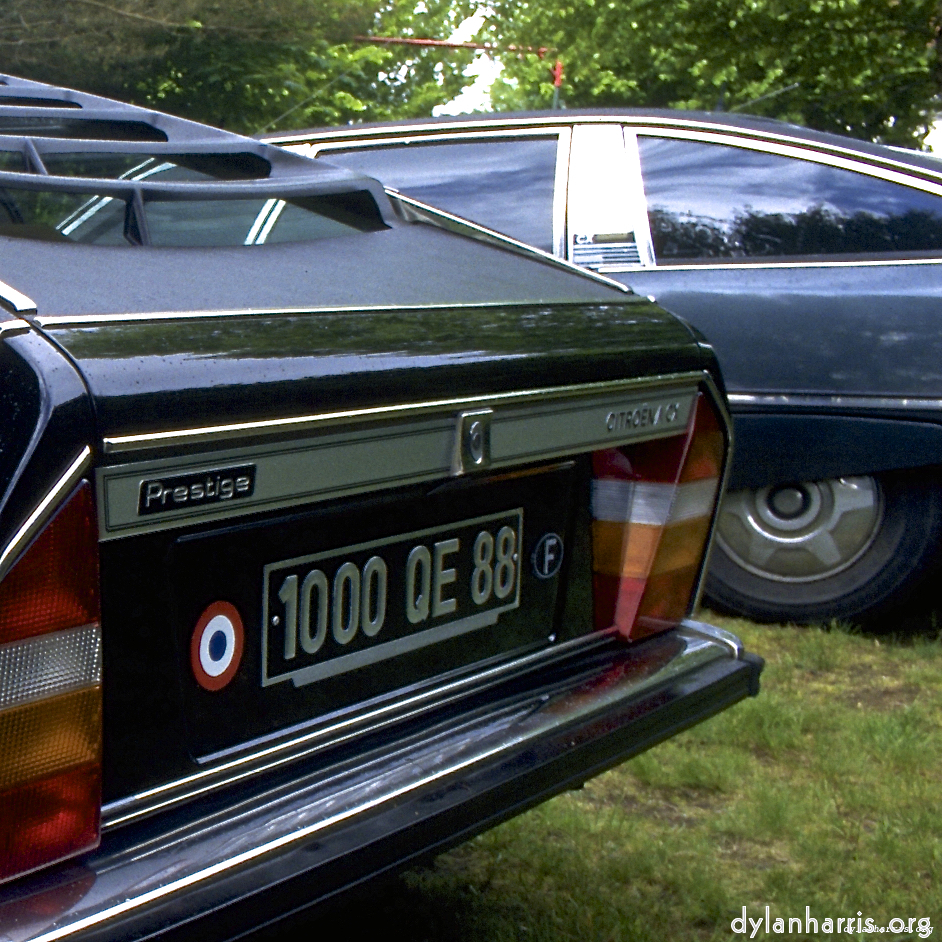 Unfortunately, I think I’m going to have to break a low profile series–1 CX Prestige. It’s a 1977 C–Matic, 2347 carburettor engine, dark brown, with front fog lights, and leather. It is mechanically good, although some oil seals need replacing, and there are other minor problems—none a problem to fix.

It has some amusing electrical problems, which could be fixed with time. The worst is the foot brake—press the pedal, and on comes … the headlights. I think someone got something wrong here.

The bodywork is bad. The sills have been replaced, but whoever did the work screwed up badly, because they used normal saloon sills, so they’re not long enough.

The worst bit is the roof—it is in the process of rotting, and will be something of a sod to sort out. Two roof pillars also have problems, and will need work. Another has already been welded by someone with the finesse of a goblin, leaving a lumpy mess covered in vinyl. There is a hole behind the front driver’s side wheel, which is probably the source of the water leak into the passenger compartment. There are other obvious problems with rot elsewhere.